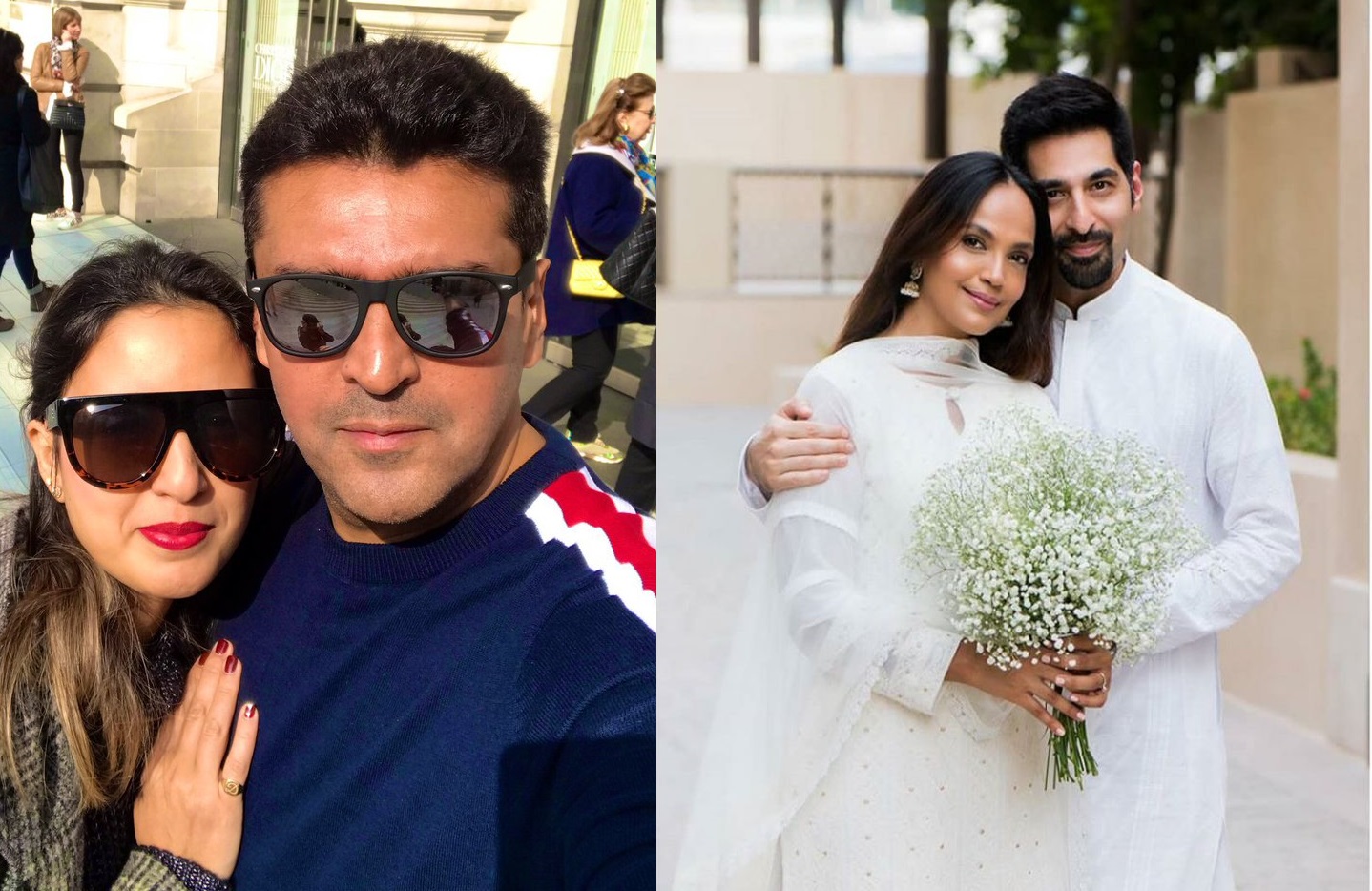 Famous host, actor, and singer Fakharealam is married to UAE based entrepreneur Dounia Fadi. They are parents of 2 kids. Alam’s wife, Dounia Fadi hasn’t just been included in Forbes list multiple times, she’s a known name in the retail business in the UAE. And Alam couldn’t be more proud of her achievement.

Bindiya’s first marriage was with a Palestinian/Jordanian pilot Muhammad Al-khumaish in the 70’s. Al-khumaish went missing after some years of marriage and never returned to Pakistan.
This is what Bindiya said about her first marriage. ” My first husband was a pilot and no, he was not from Iran but from Jordan. For a while, we stayed in touch through a common acquaintance than we simply lost touch. I kept getting news about him. One day I heard that he was killed in a plane crash and I bid goodbye to his memory. Suddenly, after 16 years I started getting letters from him, and then one day he arrived at my doorstep with his new wife and kids whereas I had waited for him and never remarried. Seeing him with his new family left me totally speechless.”

Feryal Ali Gauhar was to marry had been killed, two weeks before their wedding. His name was Mohammad Darwish, a Palestinian pilot. His aircraft had been caught in a sandstorm and crashed in the Libyan Desert on the night of April 8, 1992. It was no ordinary flight — onboard was the late Palestinian leader Yasser Arafat, along with other passengers. While everyone else survived the crash — including Arafat — Darwish, his co-pilot, and an engineer died.

As per sources, Aamna has tied knot to tech genius Omar Farooqui , who is the founder of a startup named coded minds. Dubai based Omar Farooqui is a Saudi national who was an investment banker and a man who teach kids to make games by themselves.