Ayeza Khan, is a Pakistani television actress. She has played the leading roles in several television shows including Zard Mausam, Adhoori Aurat, Mere Meherbaan, Do Qadam Door Thay, Pyarey Afzal, Tum Kon Piya, Mohabbat Tumse Nafrat Hai, Koi Chand Rakh, Yaariyan. She was meant to do leads as soon as she started her acting career with a side role in Tanveer Fatima BA. Danish Taimoor is a Pakistani actor and model. He began his career in 2005 and appeared in “Mystery Series”; both episodes were directed by Imran khokhar and aired on Indus Vision. He is notable for his role in Urdu drama series’ and telefilms in Pakistan. The couple tied knot on August 8, 2014 and has two beautiful kids Hoorain and Rayan. The couple celebrated Hoorain’s 5th birthday on 13th July 2020. The lil diva looked as elegant and stunning as her mom always does. It was a family function and the beautiful little family had the best time together. 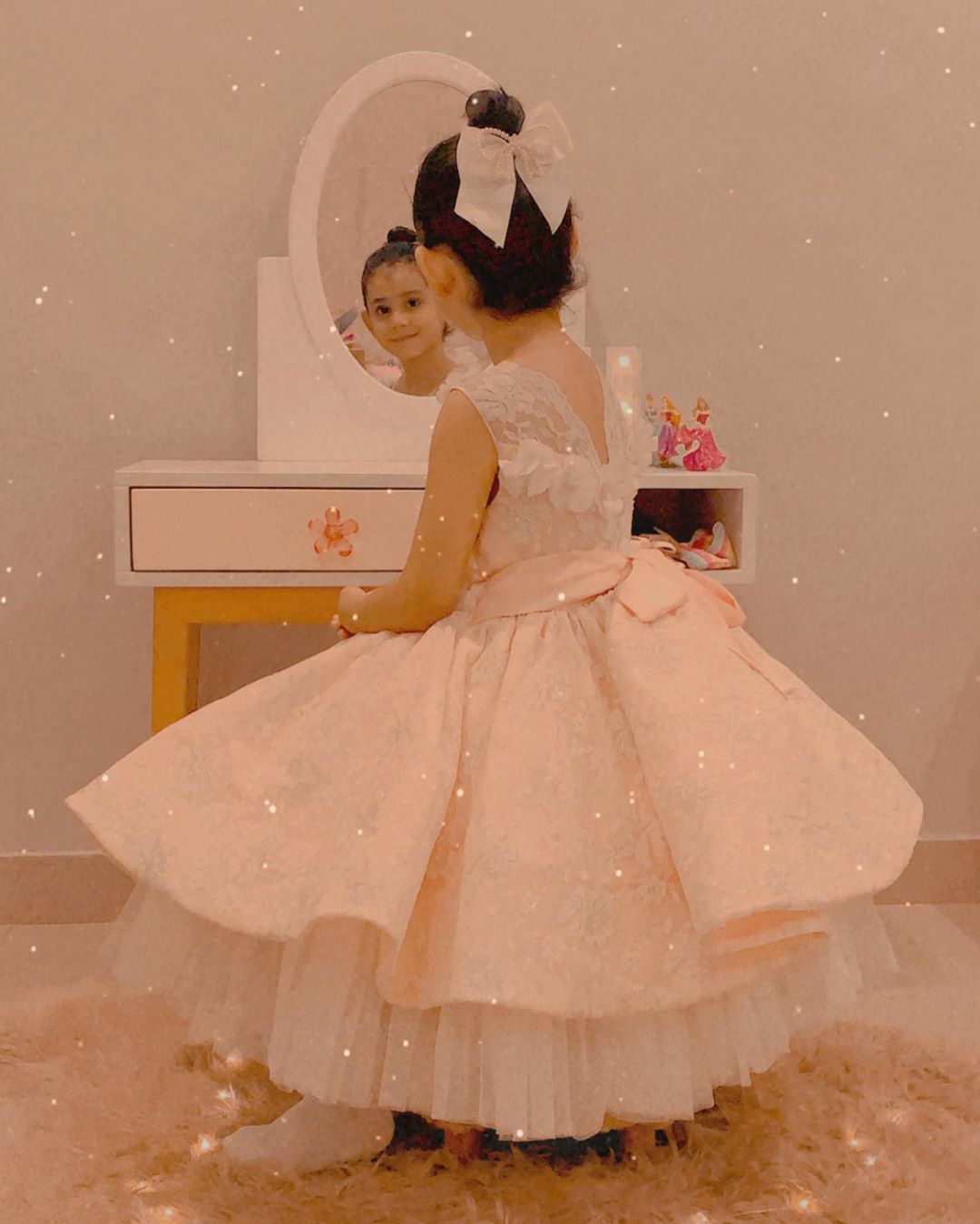