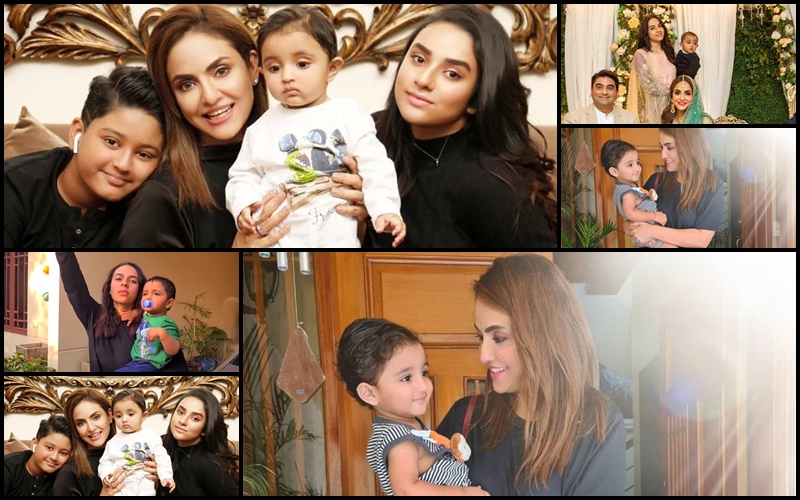 Famous morning show host Nadia Khan recently tied the knots with Faisal Rao. It is Nadia Khan’s second marriage and she is the mother of three. One daughter and two sons. Nadia shared in a recent interview that basically that’s the children who drove this relationship.

Nadia Khan Talked About Her Adopted Son Kiaan In The Recent Interview
Talking about her youngest son Kiaan Nadia said: “Kiaan who is my adopted son. The only reason I am using the word adopted because people were saying so many rubbish things that they just got married and there is a son so they were asking why did you adopt, you already have children so I am not answerable to anyone but he is my son, my life. When I adopted Kiaan legally last year, he was 20 days old when this whole process started and when he started talking, the first thing he said was PAPA and I used to be like Papa is not here but I used to say jokingly that we will bring best Papa”