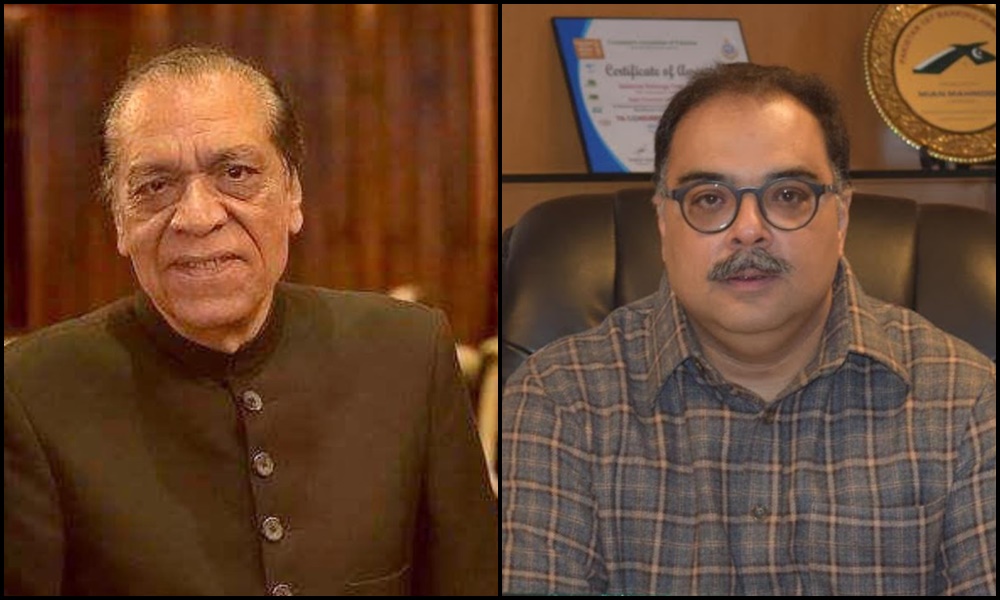 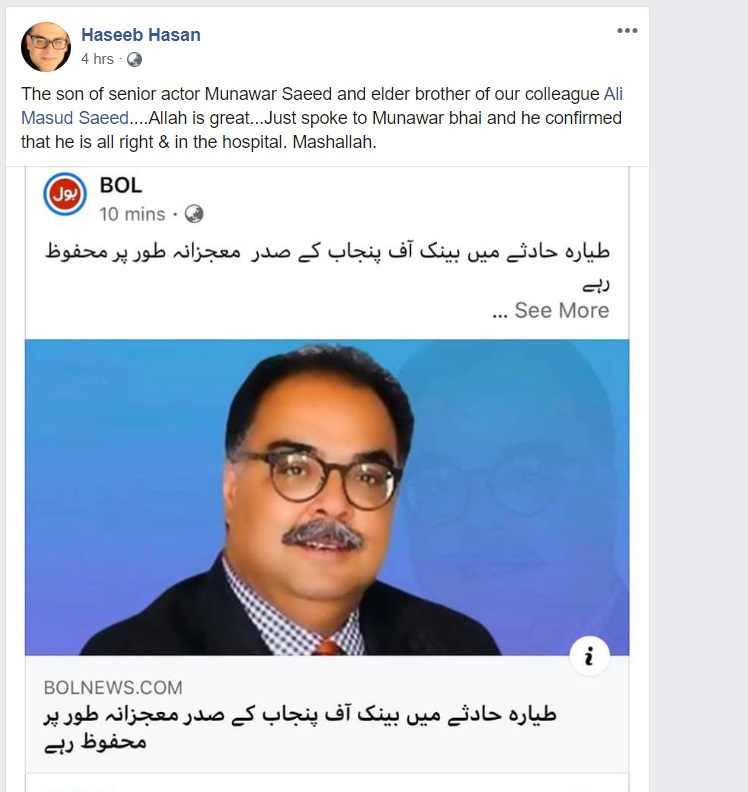 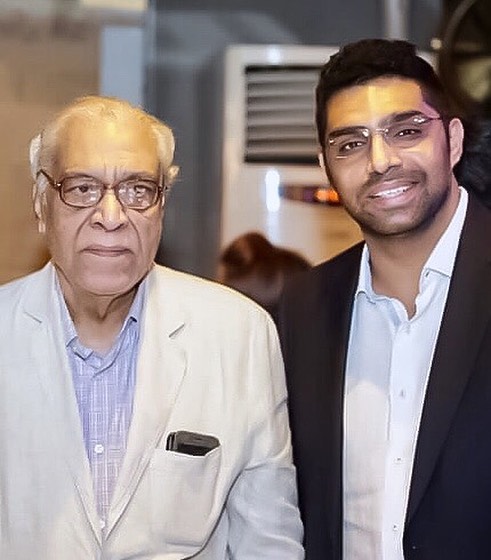 Masud was among the 98 persons travelling in Karachi-bound PIA flight PK-8303 from Lahore, which crashed in the Jinnah Garden area near Model Colony in Malir almost a minute before landing. It is still too early to say if there are more survivors from the tragedy, by the update has offered a glimmer of hope to rescue teams racing to save as many souls as they can. The BOP president was shifted to the Darul Sehat Hospital after being recovered from the crash site and is reportedly out of danger. He spoke to his mother on the phone and informed her about his health. Masud has sustained fractures to his hip and collar bones, the Darul Sehat Hospital’s administration said, adding that there were no burn marks on his body, only scratches. According to the hospital administration, Masud’s CT scan has been done and his condition is out of danger