Check Out Connection Between Bollywood And Pakistani Showbiz Celebrities

Juhi Chawla And JC Anand Owner Of Ever Ready Pictures 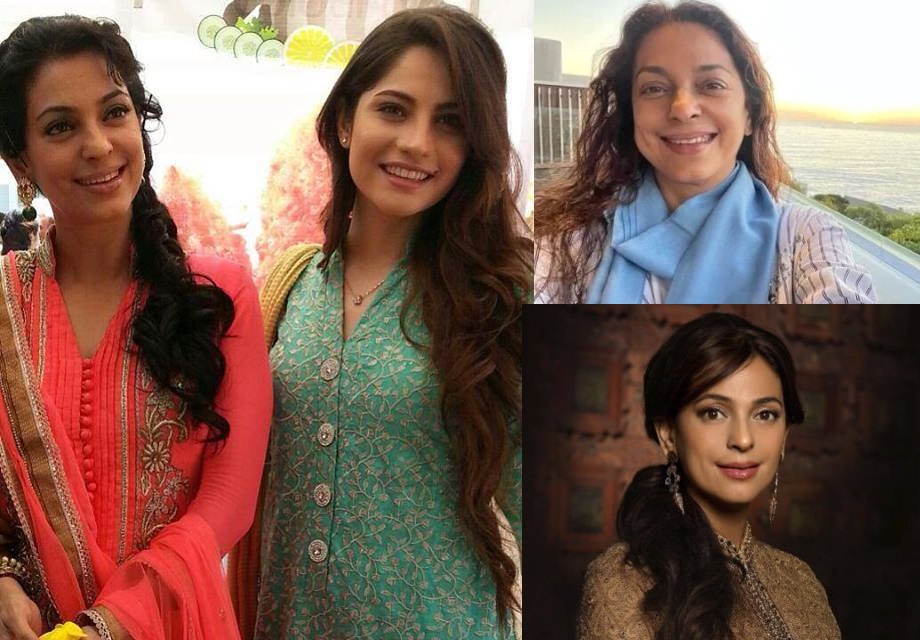 In an interview Juhi Chawla share that she is niece of lollywood’s first film production company owner MR JC Anan as her Khala ( Aunt ) is married to Mr JC Anand. Ever ready pictures are still most active in Pakistani showbiz industry.

1.On number 1st, we want to mention that the uncle of Faisal Rehman named as Rehman was the legend actor of Bollywood industry.Faisal Rehman’s another brother is in industry too named Fasih ur rehman.

2.Secondly, well known and popular Pakistani actress Samiya Mumtaz is the grand niece of Zuhra Sehgal. We want to mention that Zuhra Sehgal is a legendary actress of Indian film industry.

4.If we talk about Pakistani celebrities their forefathers belong to Bollywood industry then we should mention that Nelofar Abbasi and Tabu are cousins.Shabana Azmi is khala of Tabu too.

one more thing i want to add that Tabu’s mother was teacher and her father was actor but he was not much successful in India so he decide to go to Pakistan for work that why Tabu hates her father who never come back to meet his daughters.

Kis naam sai pukaroun from Gharnata (1971) was composed by A. Hameed and sung beautifully by Noor Jehan. Directed by Riaz Shahid, the film tried to show the Muslim rule of Spain, but because of the lack of authenticity the film flopped. In this song you can see Rozina romantically paired with Jamil. Jamil is the father of Bollywood actresses Farah and Tabu.

Kamal was upset Naseer as he left Pakistan without meeting with Kamal before Kamal sahab’s death he told in his interview that he is unhappy with Naseer as he has no time to meet me.

7. Sahira Kazmi’s biological father Shyam was an actor in pre partition era who tragically died on the set of a film at a very young age.
8.Actor Sajid Hasan’s uncle Iftikhar was a famous character actor in the1970s acting in many films featuring Amitabh Bachan.

9. Kamal Amrohi the director of Pakeeza and more famously Meena Kumaris husband was cousin brother of poets Raees Amrohvi and Jaun Ellia.
10.Zia Sarhadi father of renowed actor Khayyam Sarhadi and grandfather of model/actor Zhalay Sarhadi was a legendary script writer and director during the golden era of bollywood contributing to the writing of the immortal Mother India