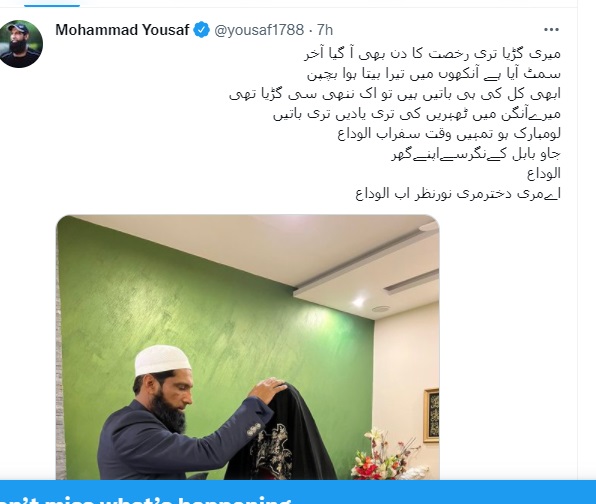 In a poetic tone, Yousaf reminisced his daughter’s childhood days by saying “it was just yesterday that you were like a small little doll.”

“Here, congratulations on your big day,” he added.

The father-daughter love reflected the most when he called her “the light of my eyes.”

He wished her a heartful goodbye in the last line of his post.

Mohammad Yousuf had taken a break from the national cricket team during the ongoing home series against Australia to attend his daughter’s wedding, the Pakistan Cricket Board (PCB) said Thursday.