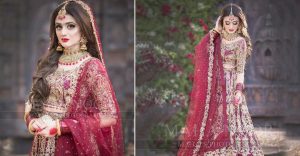 Hira Salman is one the amazing actress of tv. Hira reveal in her recent interview that she was not invited at wedding of recently married fellow actresses. Even she named those who dont invite her to their weddings. She said that ” Mujhe Sajal ne nahi bulaya, mujhe Iqra ne nahi bulaya , Mujhe Mira Sethi ne nahi bulaya , Mujhe Sarah Khan ne bhi shadi me nahi bulaya aor shayed kyunke mai unki friend nahi hu .” In an interview Hira said that Sajal Ali was given break by her and Mani as her first appearance was in Zeroes comedy drama on Hum tv produced by Salman husband of Hira. Well I think Hira is so blunt and many people dont like the bluntness these days, May be that was the reason why people dont invite her. Another thing i want to tell you about hira that she is kind of straight forward person. She never hides anything her heart but she spoke.