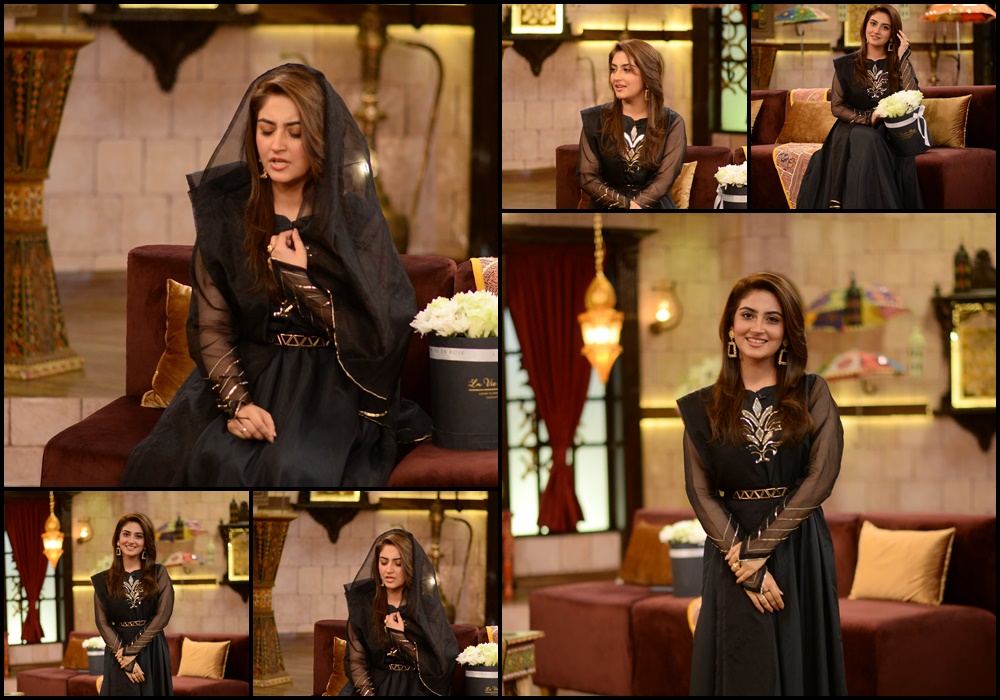 *Hiba and Her loving Fans
Hiba reveals that her fans love her a lot. She shares an incident when she went to a restaurant for dinner , few fans come and said ” Oh acha aap khana kha ra hai chale ap kha le phir autograph lege.” Hiba also reveal that male fans are also very nice to her . According to her mostly male fans like her as a sister , She said in her interview that ” Log mujhe behno ki terha dekh te hai”
*Dramas And Time
Hiba loves her work a lot. She will choose movie based on its good script. Hiba has worked in 7 dramas in last five years.
*Entrance In Showbiz
For arts counsel she has act in few theatre plays as well. Hiba was selected by team of Geo who were taking auditions of young actors. Hiba give that audition and got selected.
Hiba reveals that she and her mother met writer Haseena Moin at youth festival in Karachi. Her mother is biggest fan of Haseena Moin. Hiba told to an interviewver that Haseena ask her mother ” Kia ap apni beti ko ijazat dengi dramas me kam ker ne ki, mai buhet arsa se talash me hu aesi lerki ki.”so we can say Hiba is find of Haseena Moin.
*Name And Caste
Hiba Bukhari belongs to Bukhari caste. Her real name is Hiba Qadir but She is happy if people call her Hiba Bukhari.
*Influence of Bollywood And Resemblance With Actresses
Hiba use to act in front of mirror. As a child was inspired by Kajol and Madhuri Dixit. Actor Ahsan Khan said that Hiba resembles with Jaya Parada. Even Hiba reveals that people said to her that she resembles with Nazia Hassan and Kareena Kapoor.
*Education
She has done bachelors in commerce.
*Traveler
She is a big travel holic. She loves to drive as well. Her father teach her how to drive.
*Family
Hiba’s mother is teacher and father is Businessman. His family is simple , they don’t give permission to their daughter to become part of showbiz. All her siblings are married. She was just 10 years old when her elder sister got married. So at just 11 she become Khala of her nephews and nieces. Hiba is two elder brother and elder sister along with mother father in her family. Hiba is youngest among all siblings. Hibba is only one from her family who join showbiz.