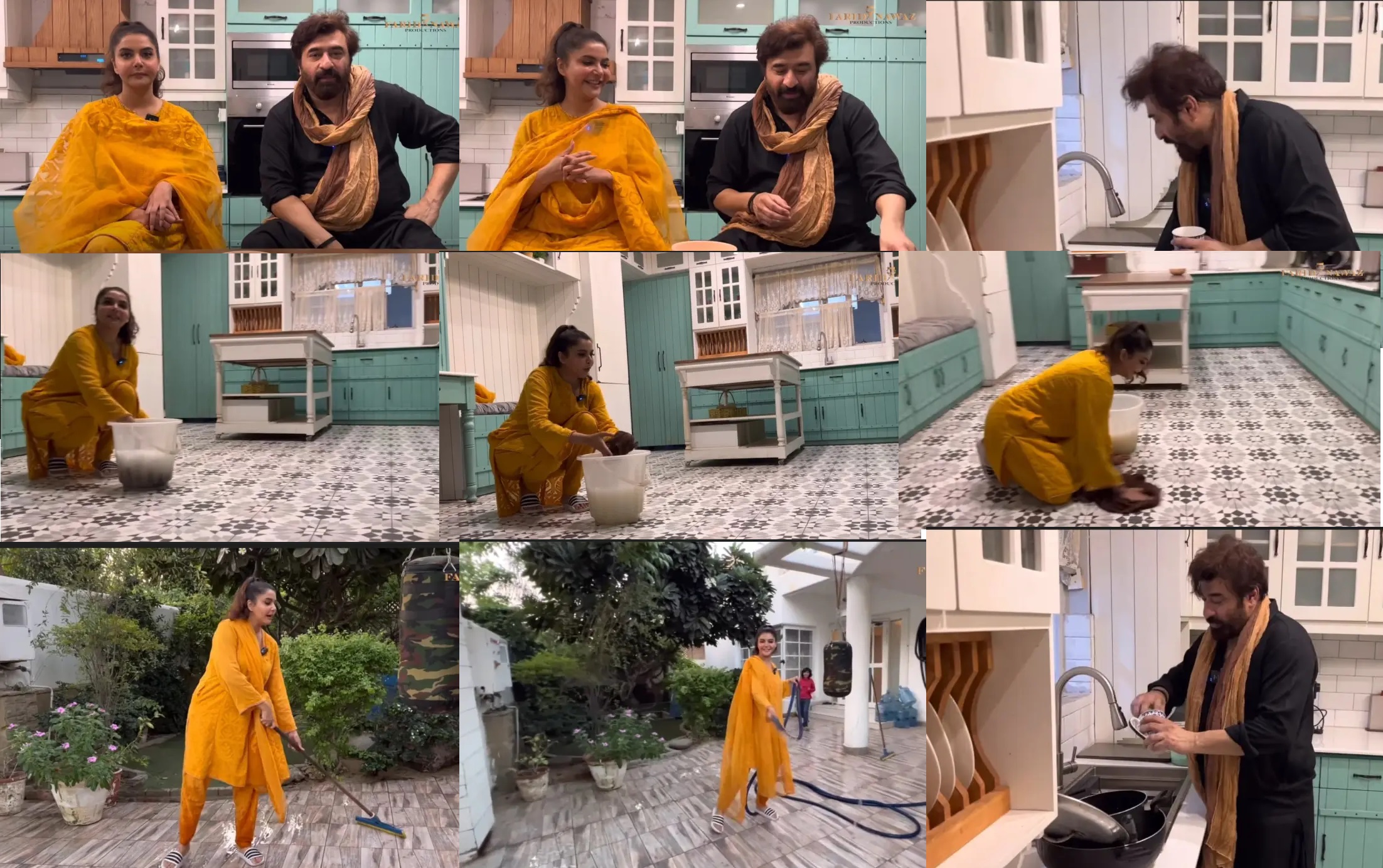 Nida and Yasir recently started their youtube channel. In their current vlog Nida Yasir share how they keep their house neat and clean by themselves. Nida was seen mopping floor by herself. Even Yasir was also their to help his wife Nida to clean kitchen area. Nida is successful morning show host and producer as well. People love Nida for being honest morning show host. I hope you also like the vlog.