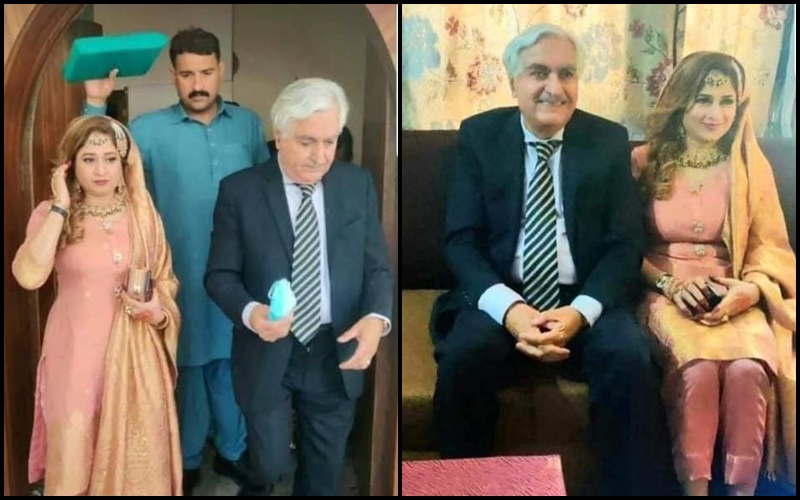 Pakistan’s Former Federal Minister Syed Iftikhar Hussain Gillani has tied the knot at the age of 80. Word broke out on social media that Pakistan People’s Party  PPP leader is set to get married, and soon enough, pictures of the 80-year-old, former federal minister Iftikhar Gilani’s wedding to a 21-year-old girl went viral. As news of ex-minister Iftikhar Gilani made headlines the public has a lot to say. The most appalling detail is the 59-year-age gap between the 80-year-old politician and his new bride. 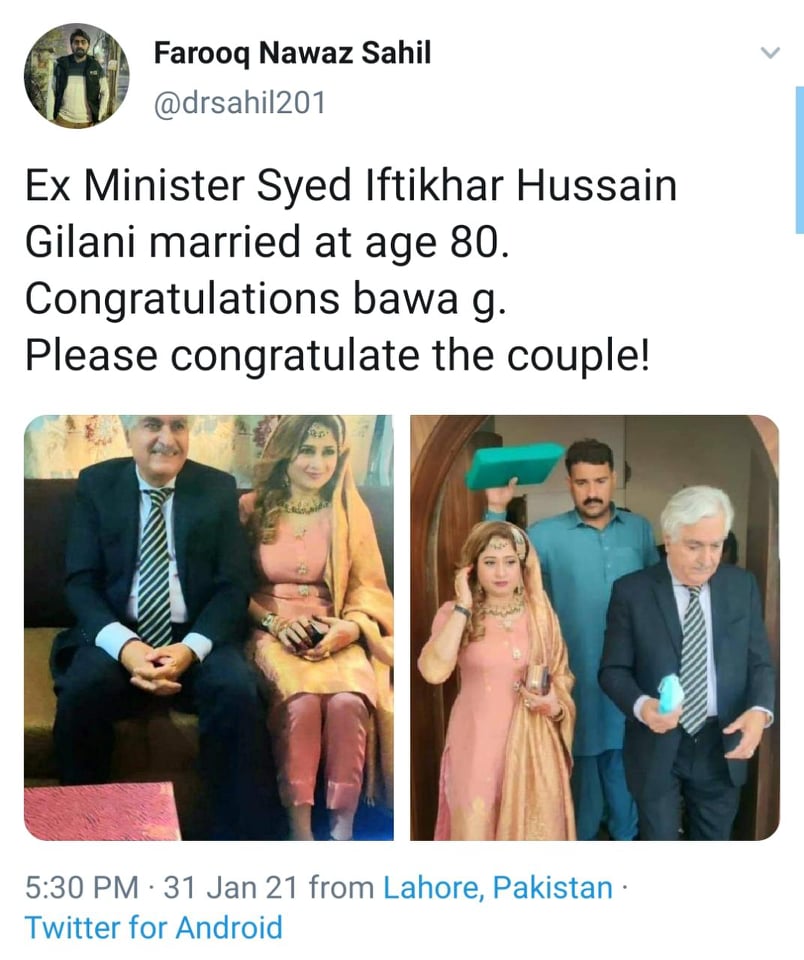 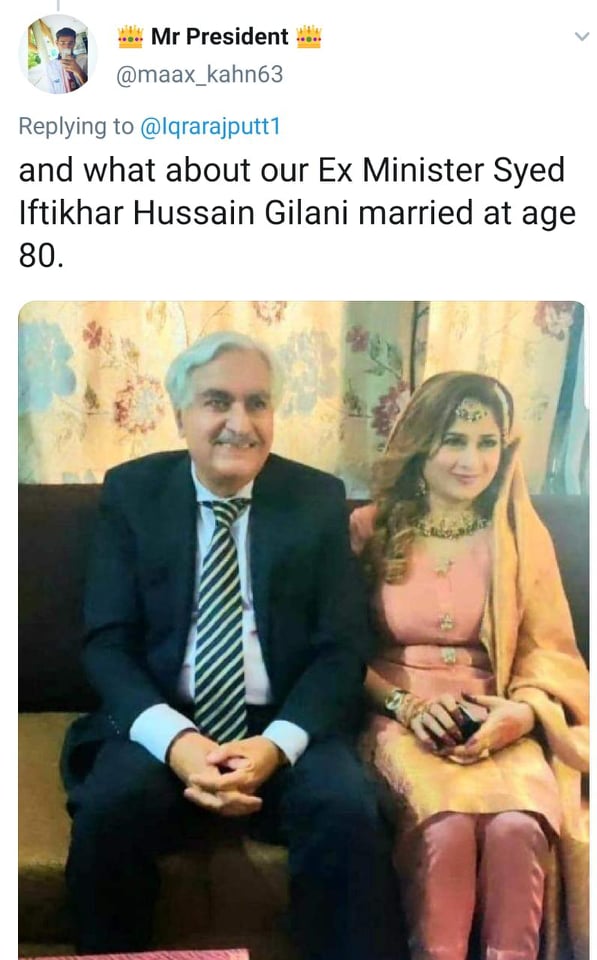 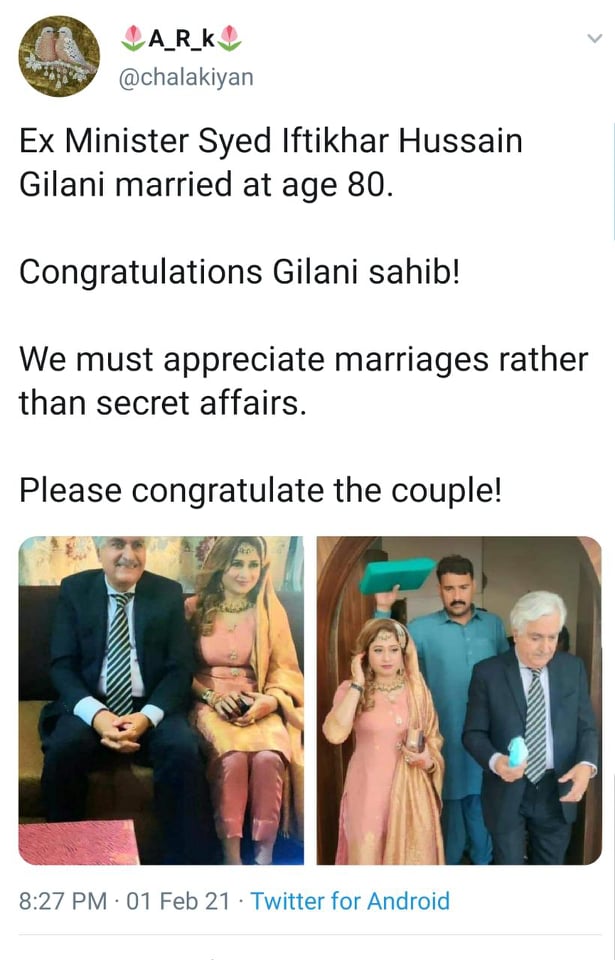 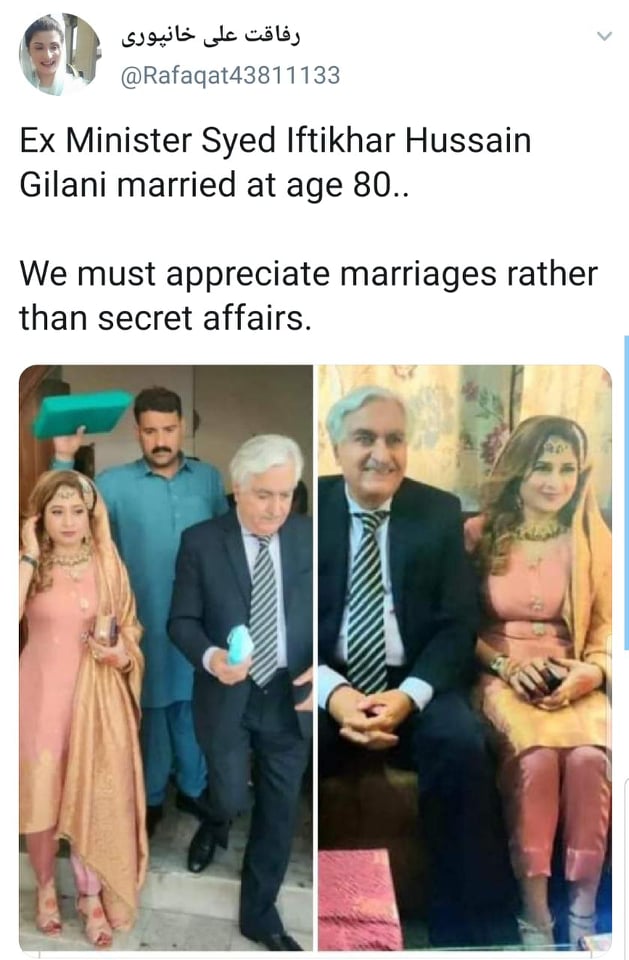 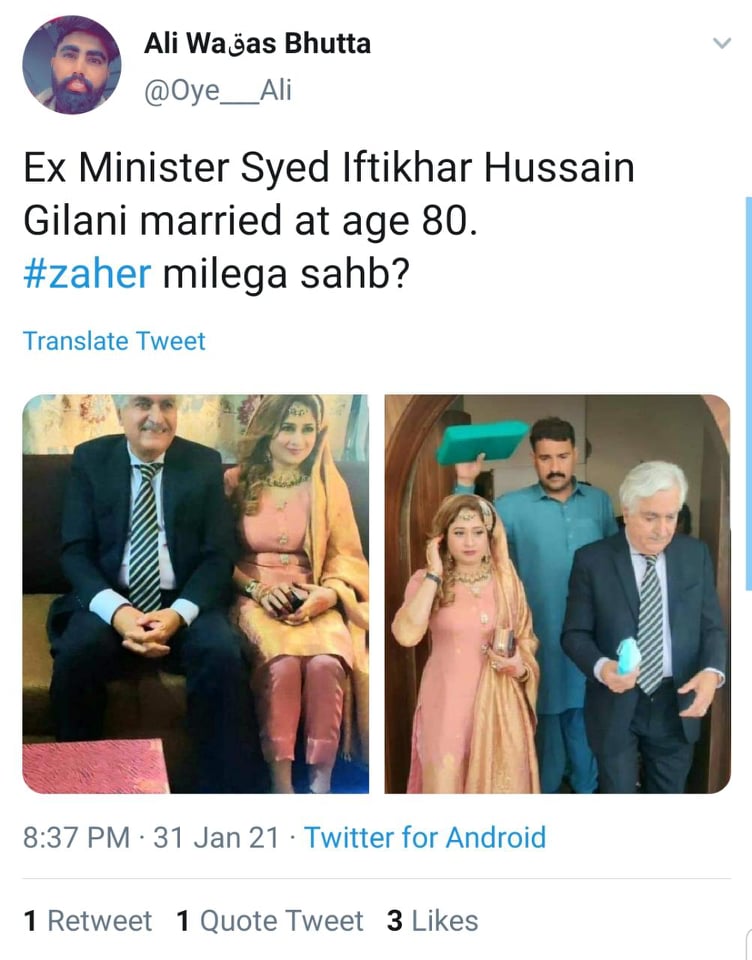 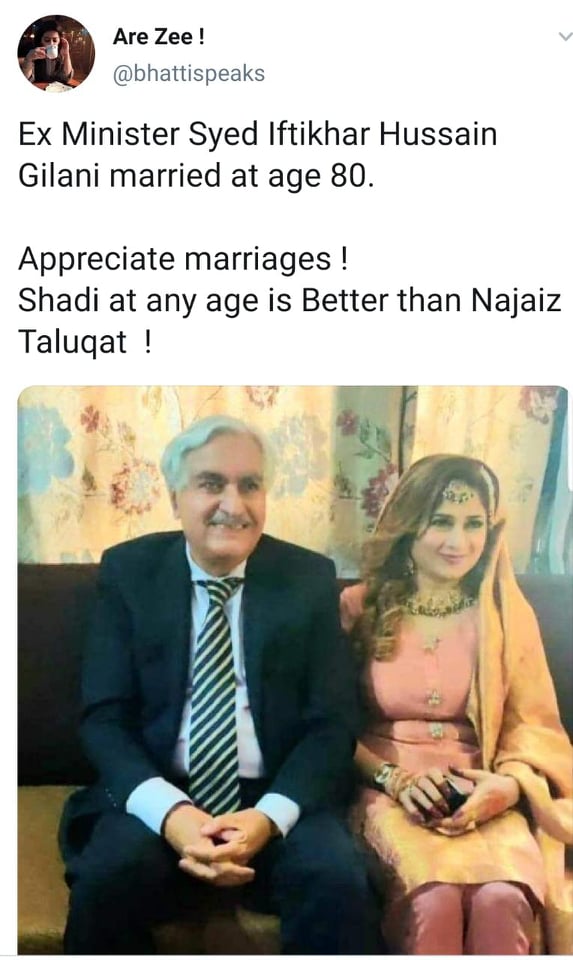 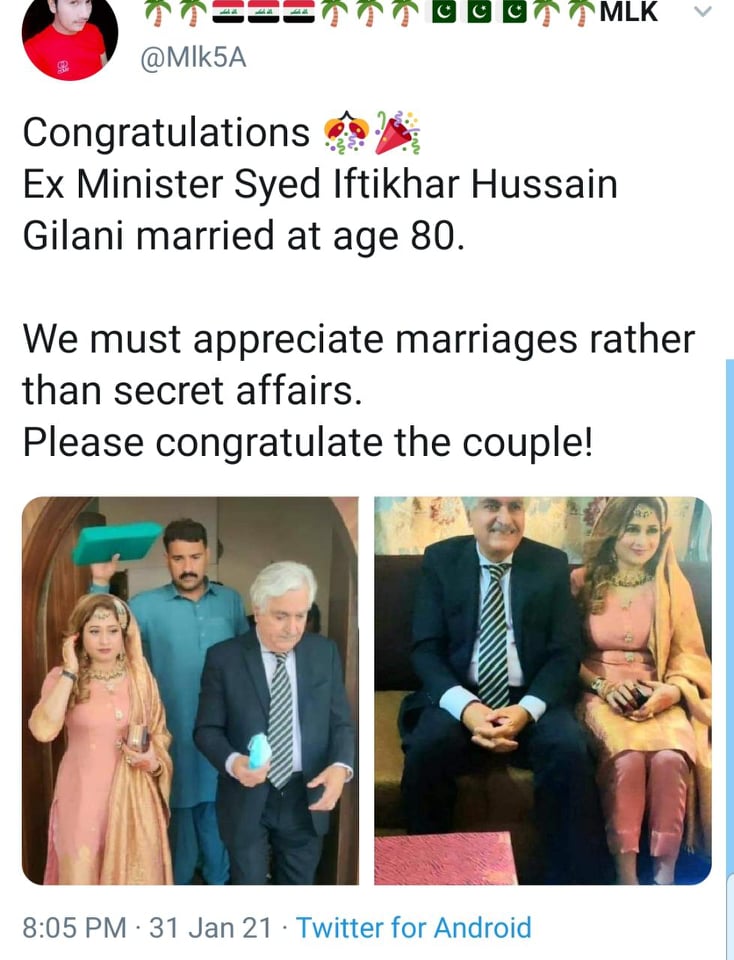 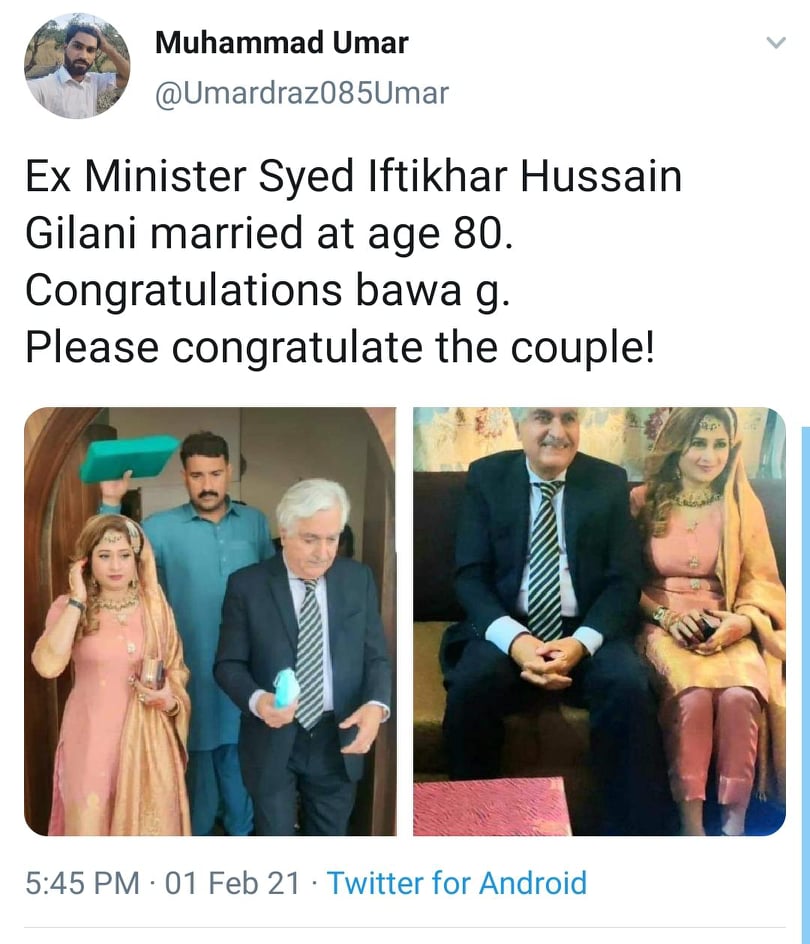 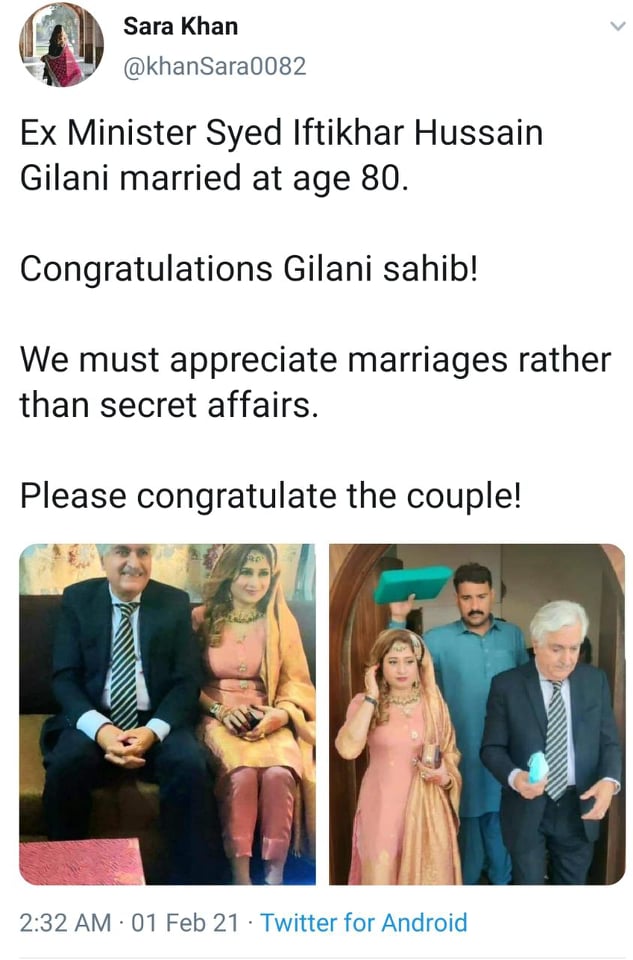 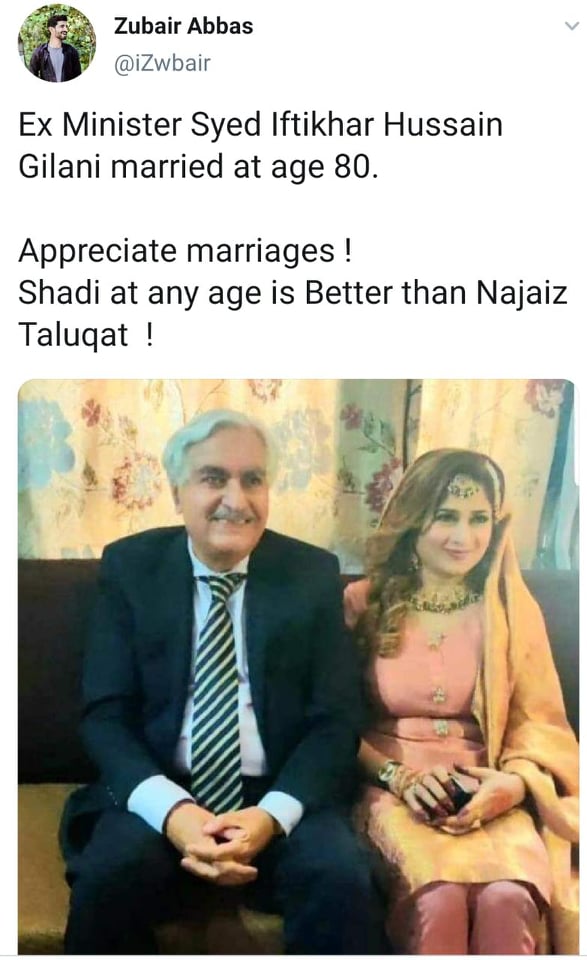 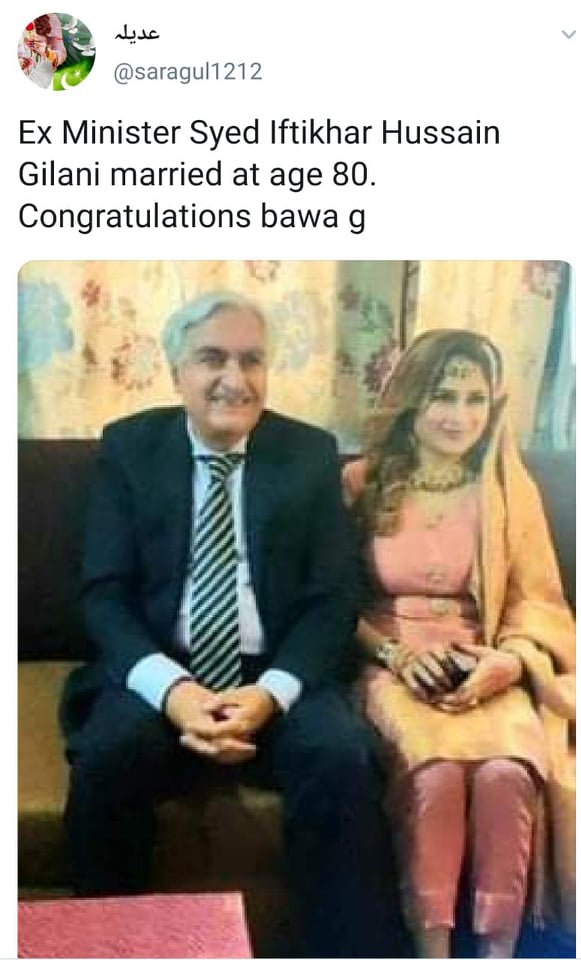 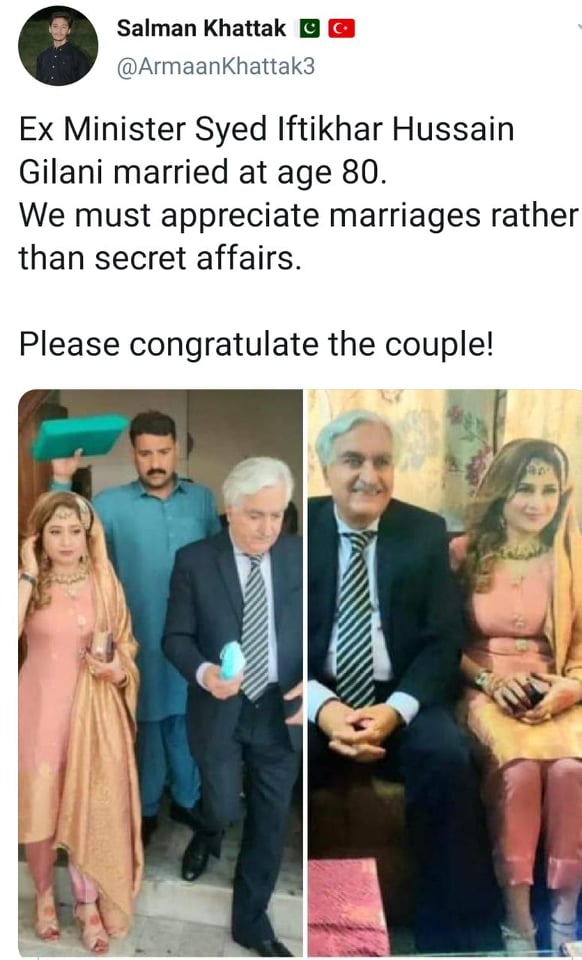 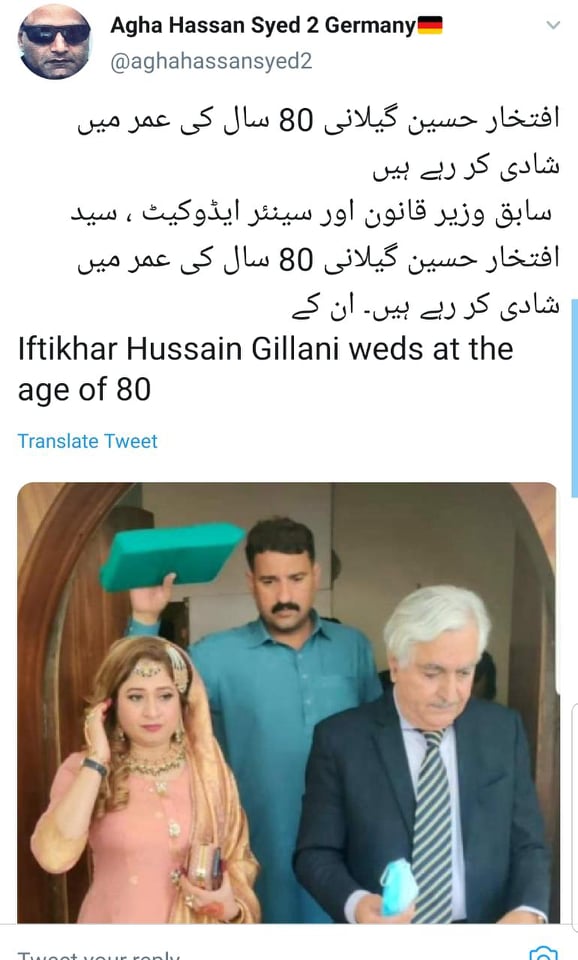