Sadia imam celebrates her daughter birthday on sets of GMP

Sadia imam celebrates her daughter birthday on sets of GMP

Sadia Imam is one of the famous Pakistani actresses of the 90’s era. When Sadia Imam was cast by the director and producer in one of their plays, the success of the play was assured. Because Sadia Imam was also considered one of the talented and most beautiful actresses of her time. As the drama and media industry progressed, the era of old actresses is slowly coming to an end. Sadia Imam is also one of those actresses who quickly realized that her pulse would not be swallowed in the drama industry, so she withdrew. That is why she is often seen as a guest on TV shows these days. It should be noted that Sadia Imam married to Adnan Haider in 2012. While Adnan Haider who is a renowned chef by profession. While Allah Almighty has also blessed this couple with a daughter. Sadia Imam arrived at Nida Yasir’s Morning Shows to celebrate her daughter’s 5th birthday, where Nida Yasir arranged a special set for Merab and celebrated her birthday as a surprise. Where Sadia Imam as well as her fellow actors attended the birthday party. So let’s take a look at some pictures of Sadia Imam’s daughter Merab’s most beautiful birthday party in Nida Yasir morning show. 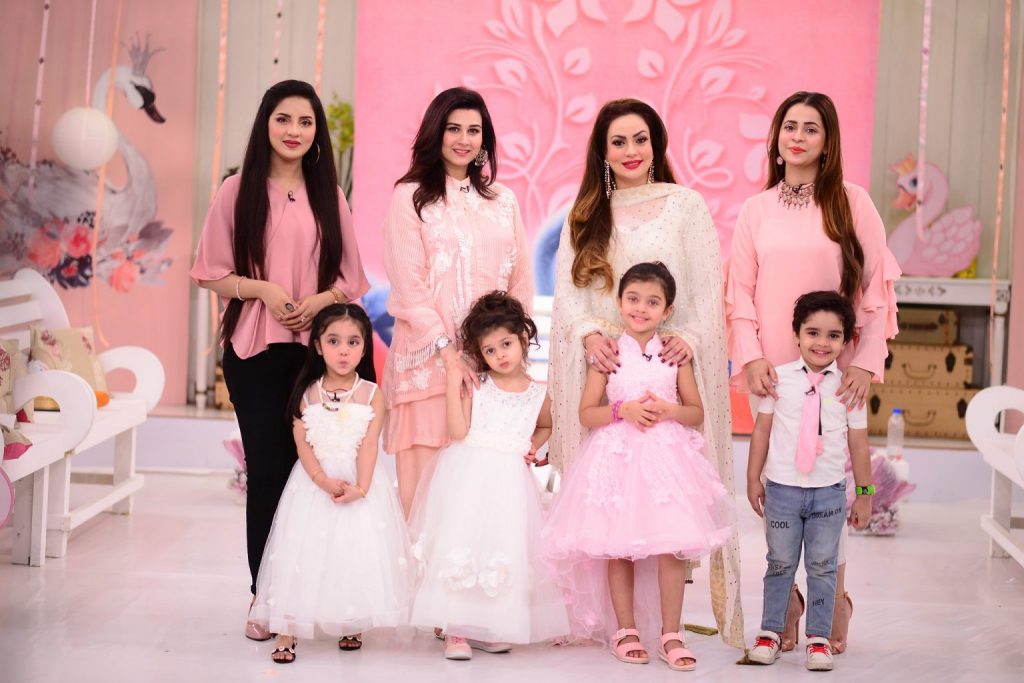 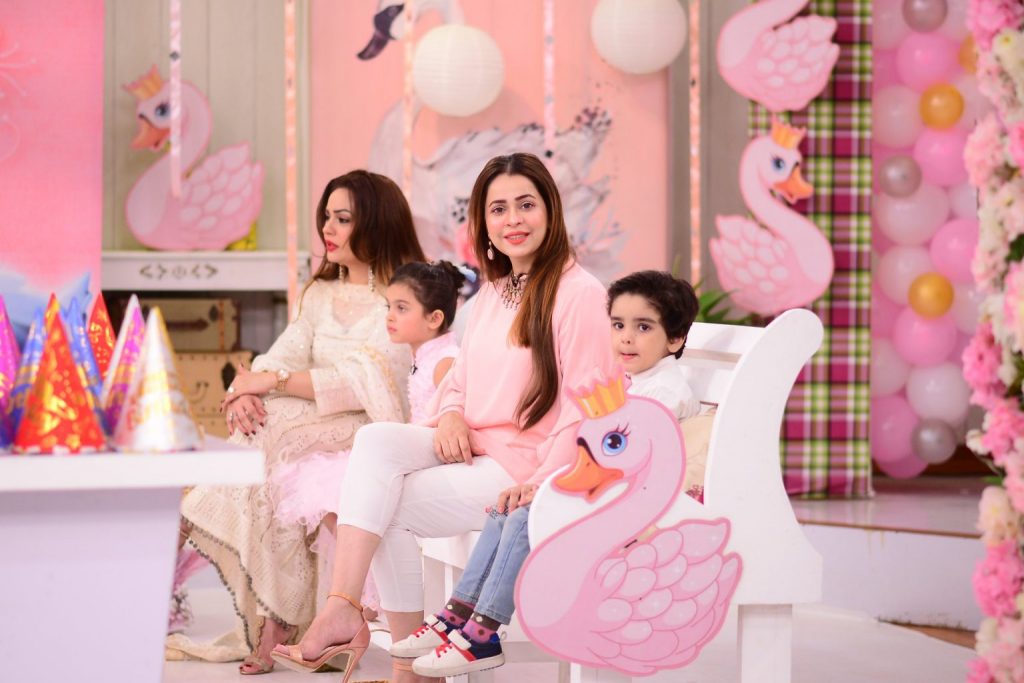 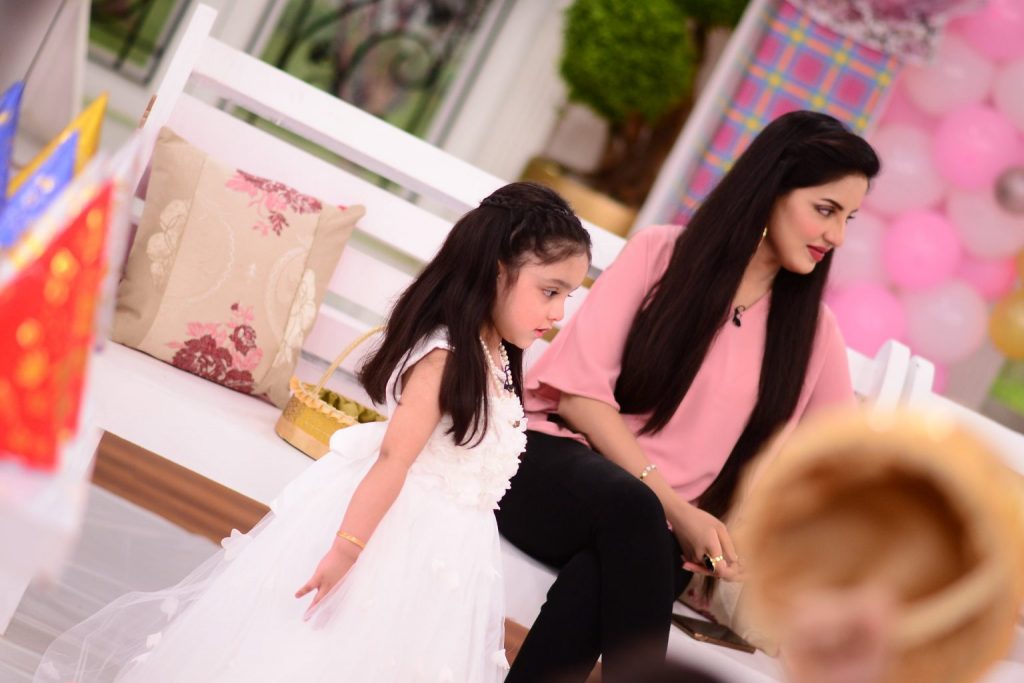 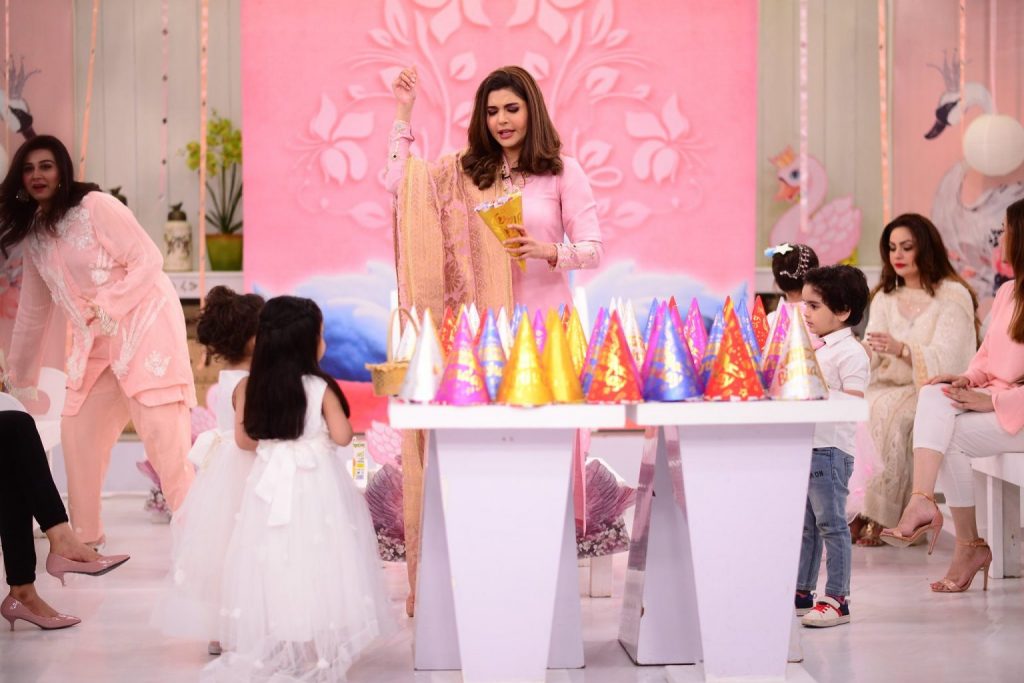 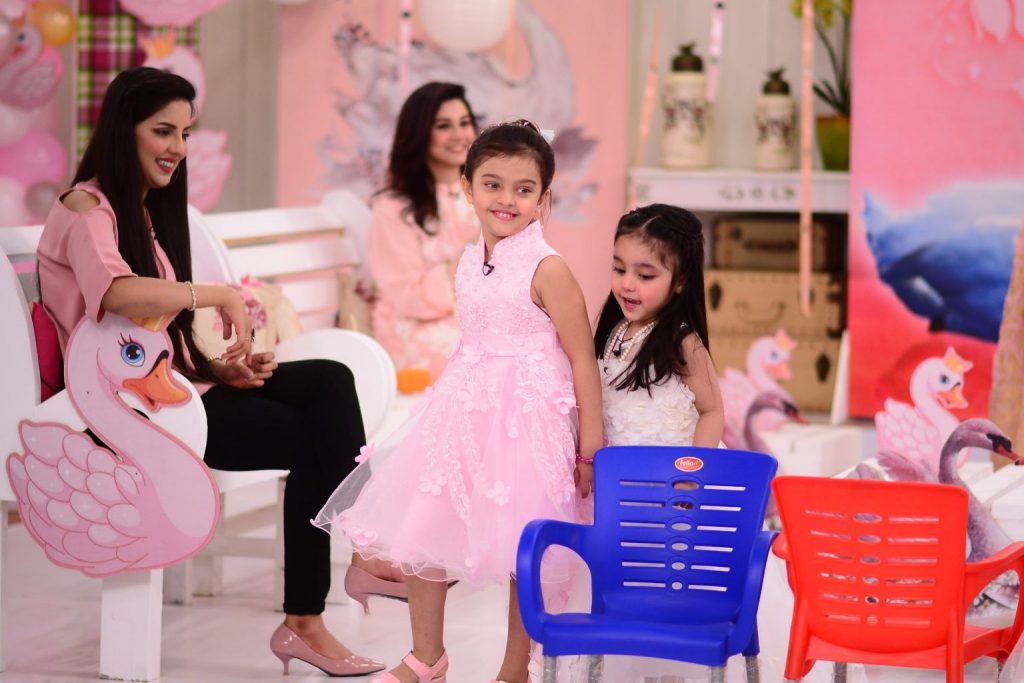 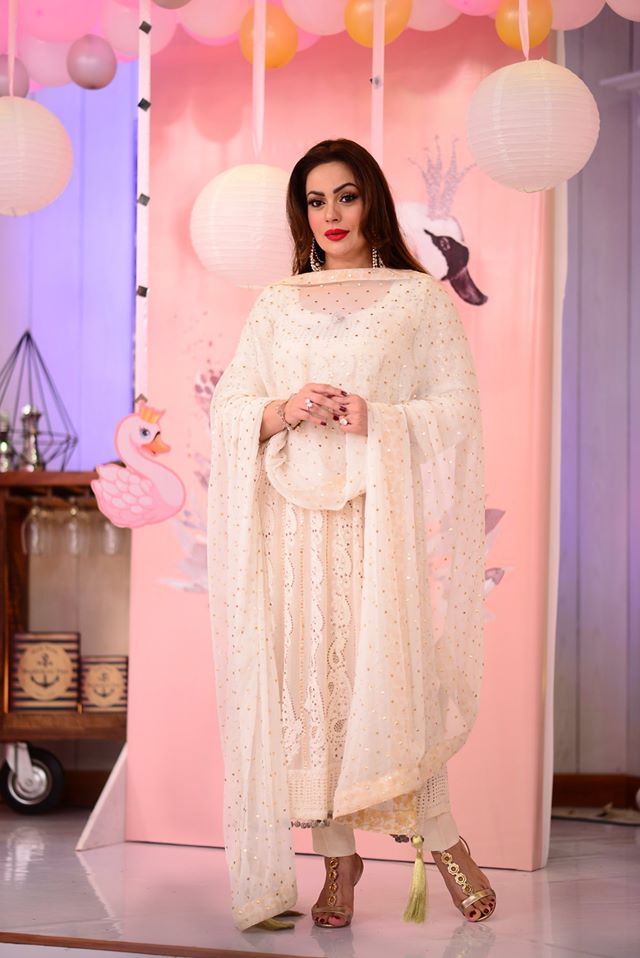 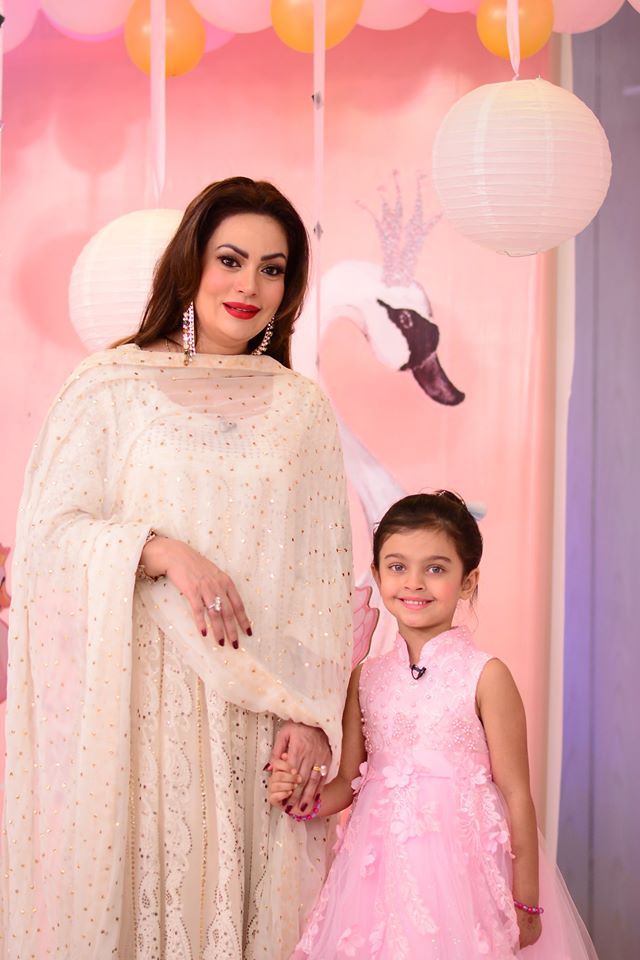 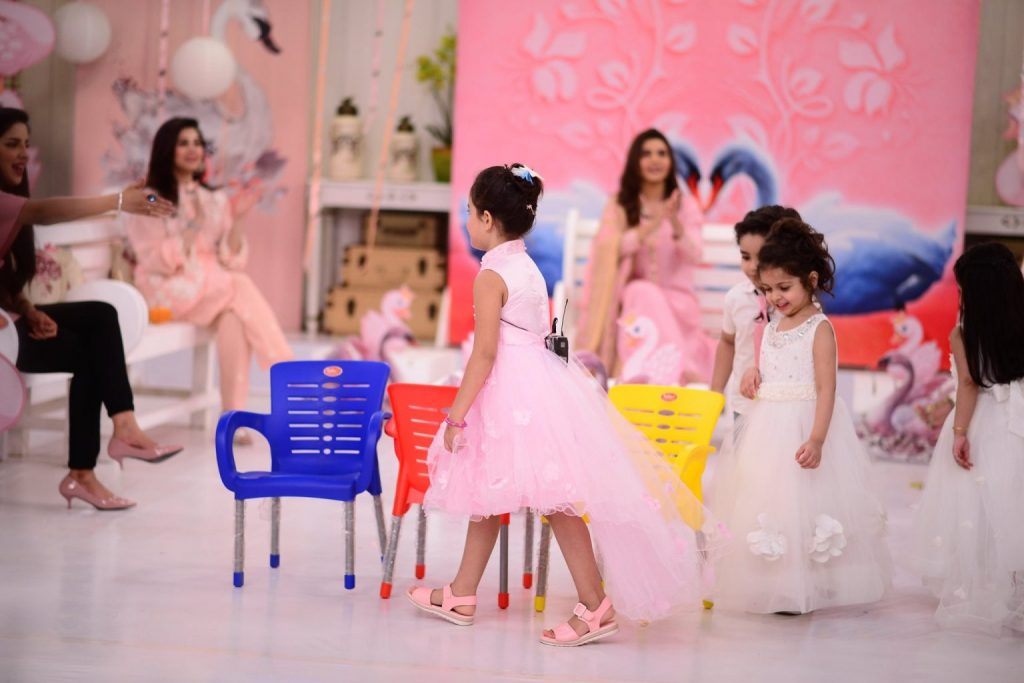 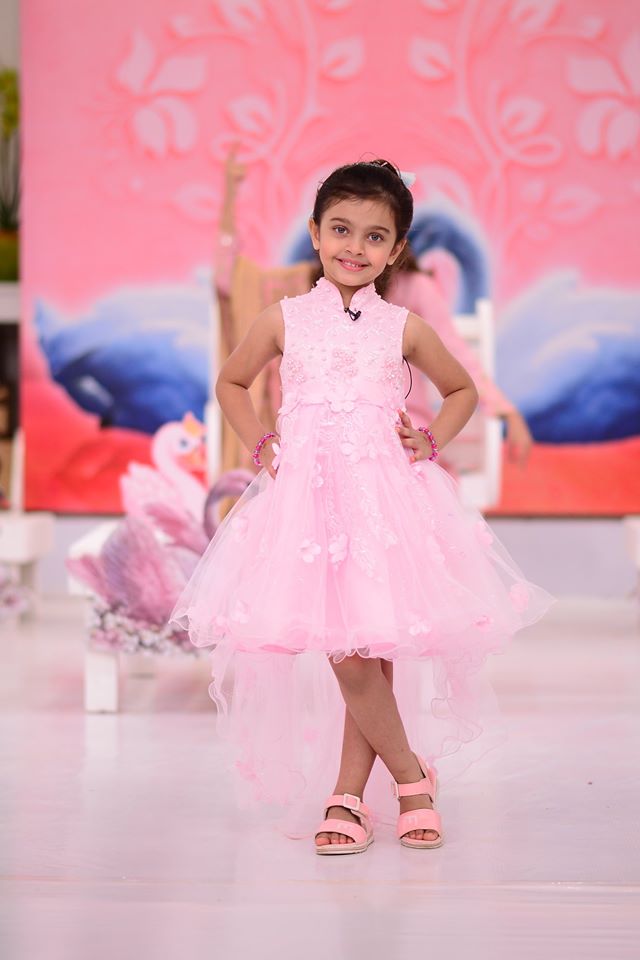 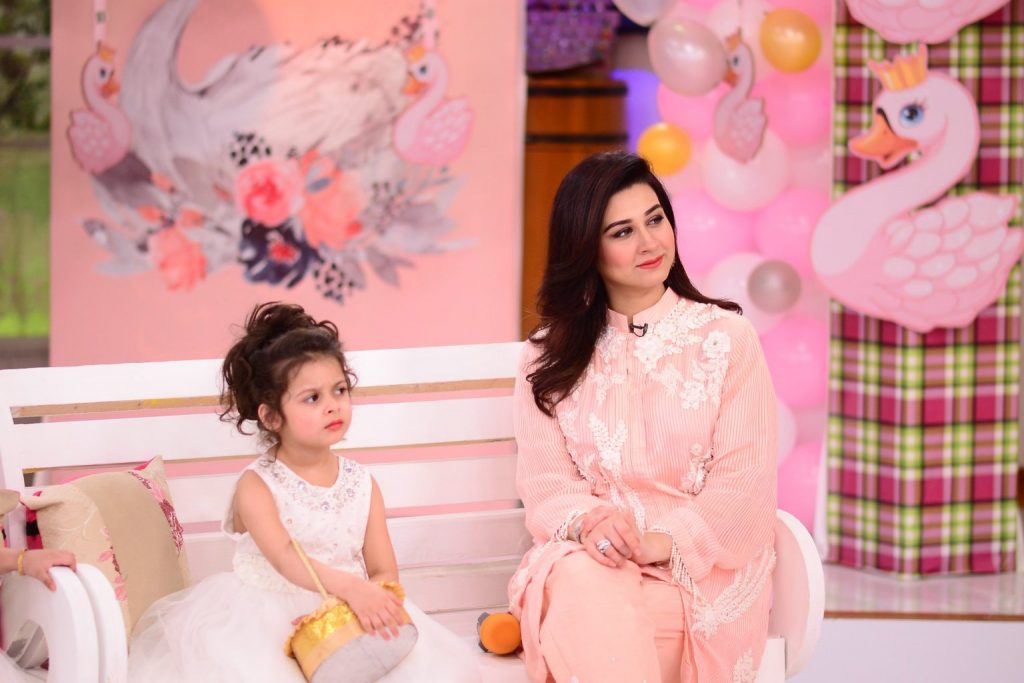