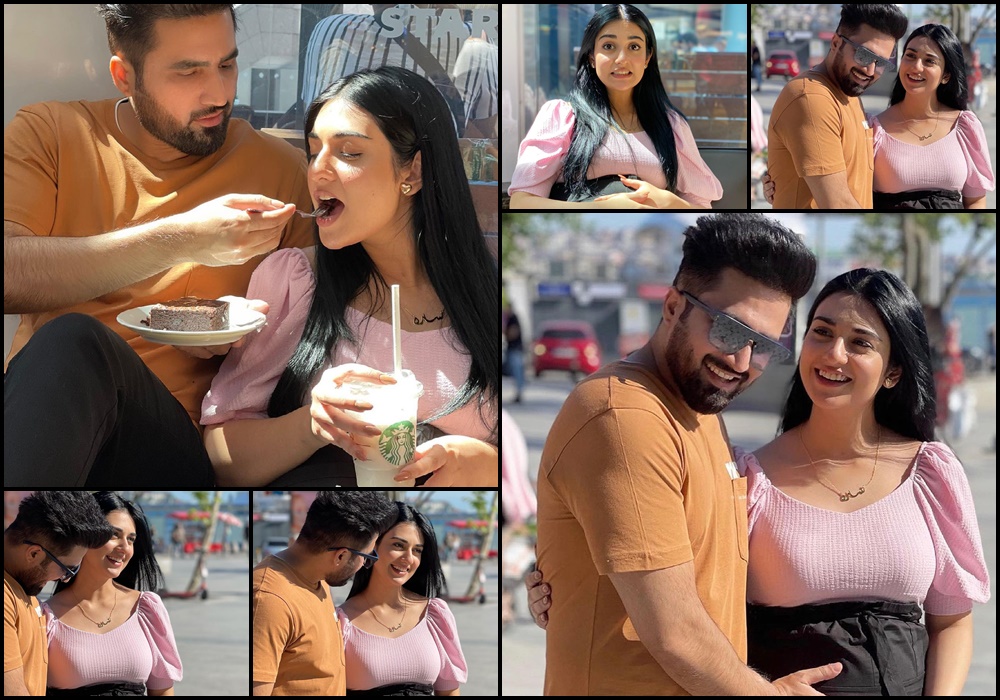 Sarah Khan and Falak Shabbir are popular celebrities of Pakistan. Falak is a globally acclaimed singer and Sarah is a phenomenal and versatile actress in Pakistan’s drama industry. The actress has recently appeared in Hum TV drama serial Sabaat in a negative character named Miraal, her famous dramas are “Bela poor ki Daain”, “Nazr-e-bad”. She is currently appearing in the on-air drama ”Raqs-e-bismil”. Sarah and Falak tied the knot last year after easing in corona lockdown.
The news of Sarah and Falak expecting their first child was circulating on social media but the couple didn’t confirm the news when Sarah was asked about it in a live show and told the fans that she will definitely share this big news on the right time.
Recently Sarah and Falak both took to Instagram to announce the news of expecting their first child in an adorable post on Instagram. 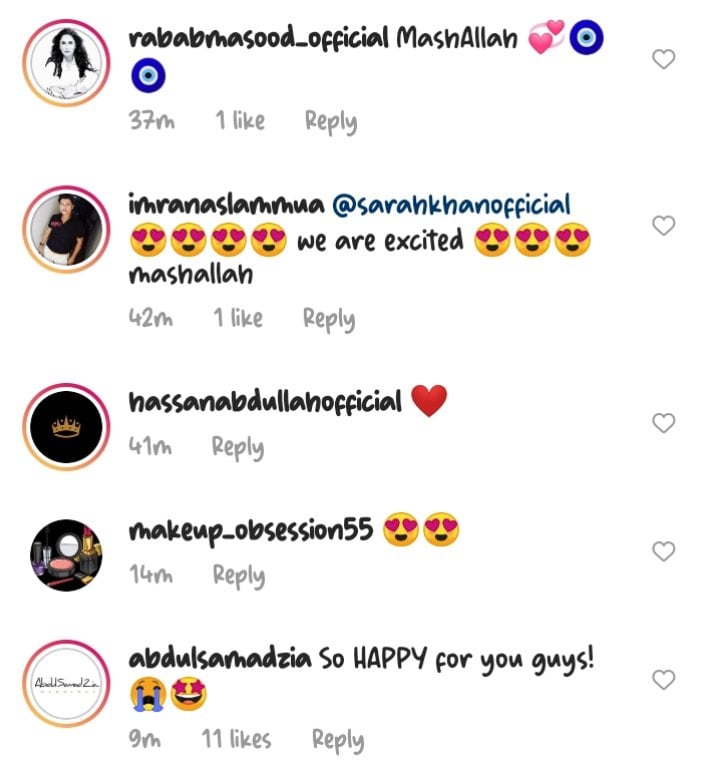 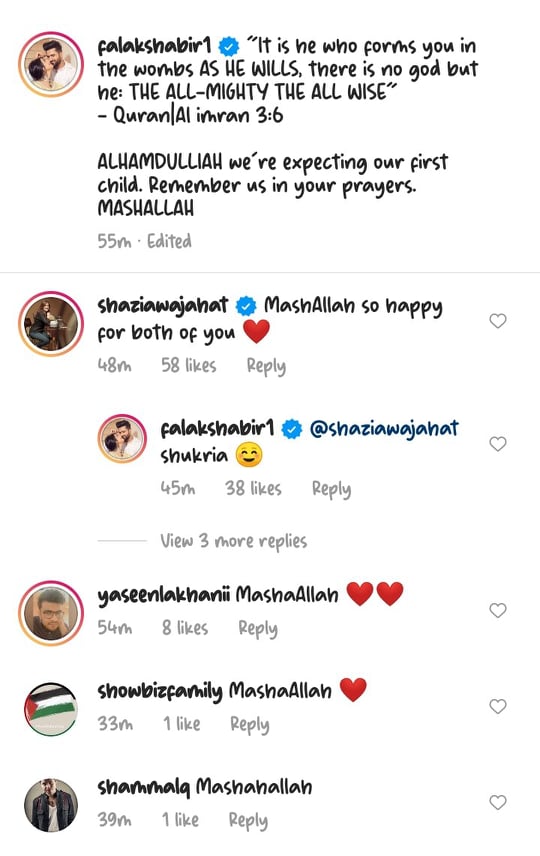 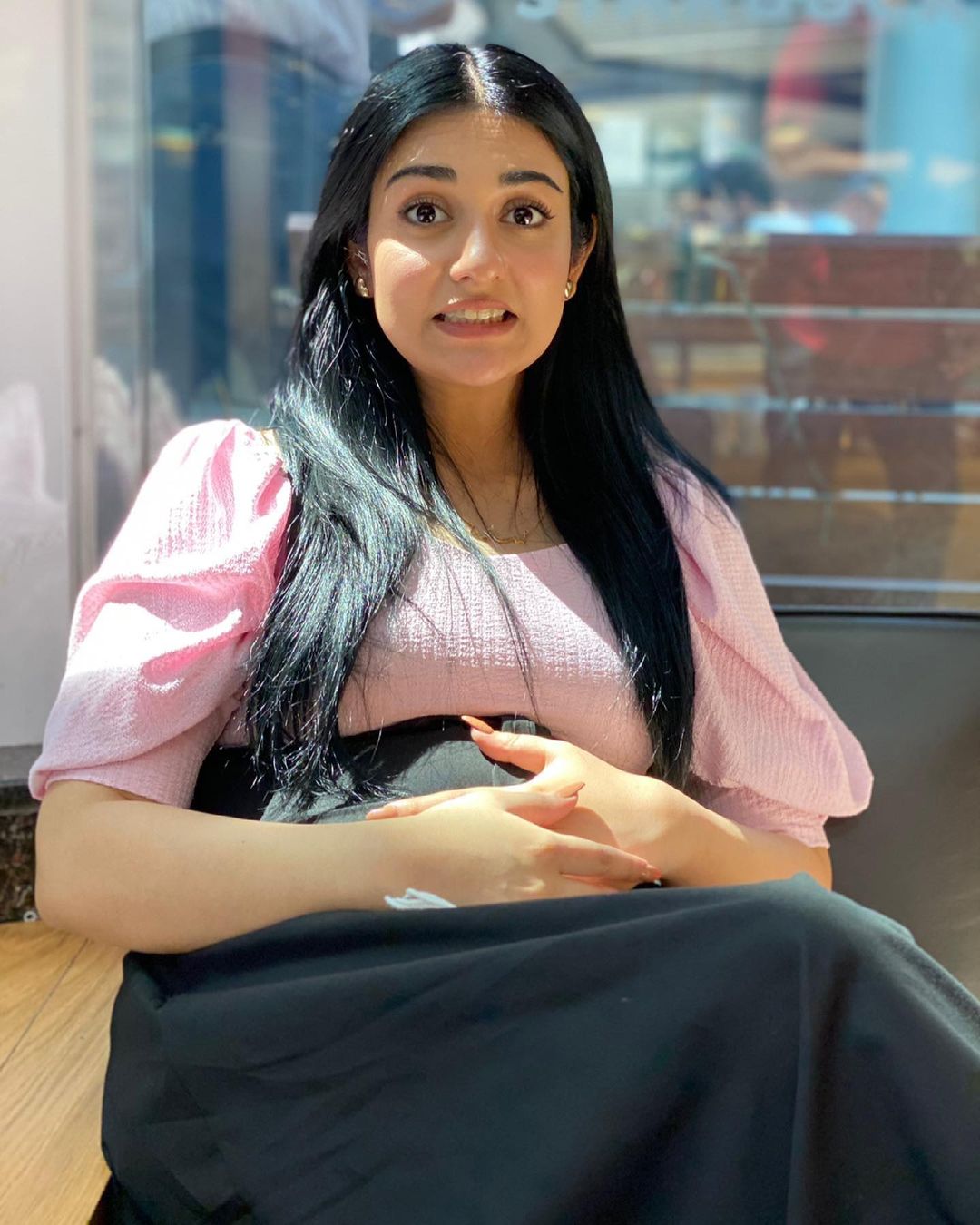 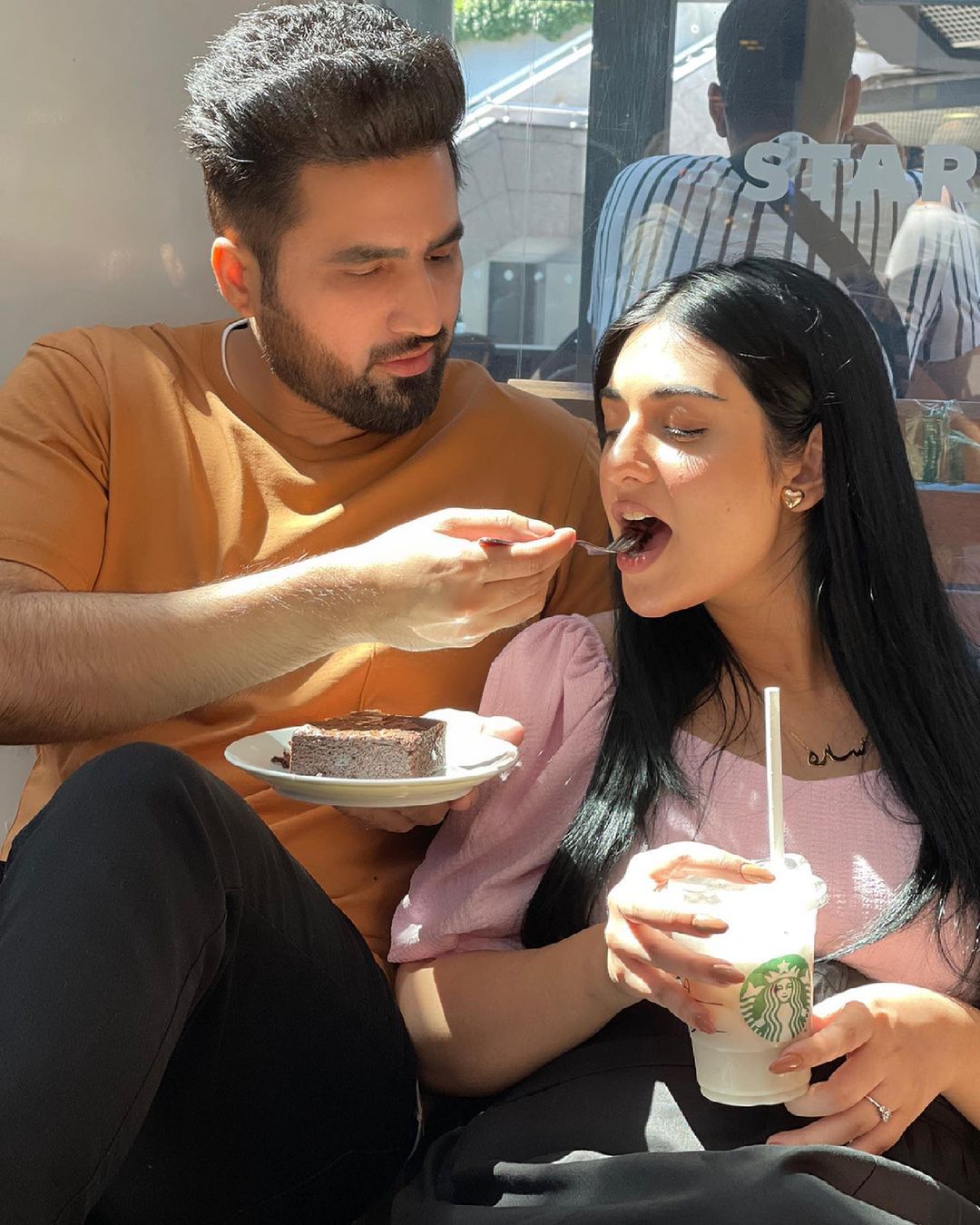 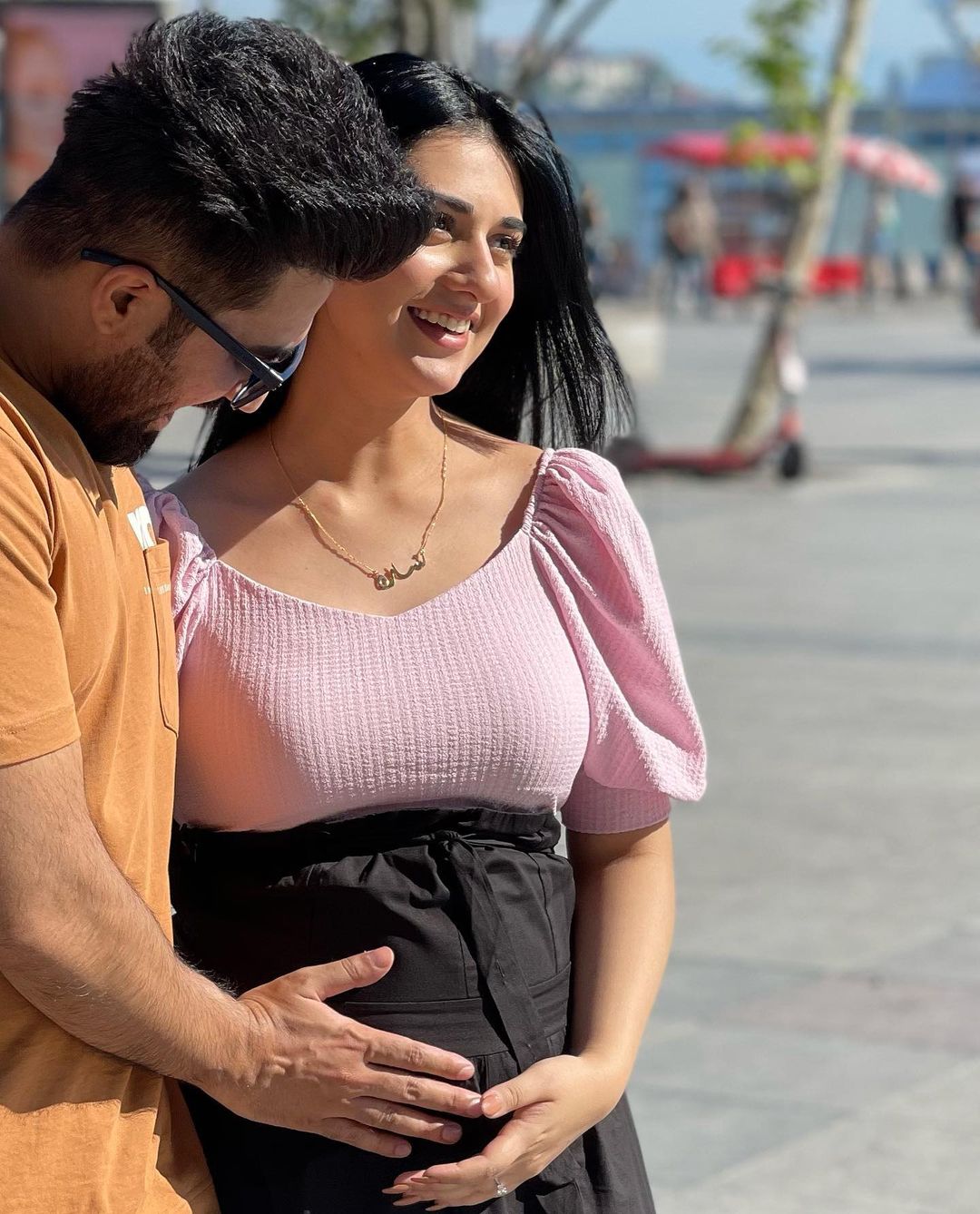 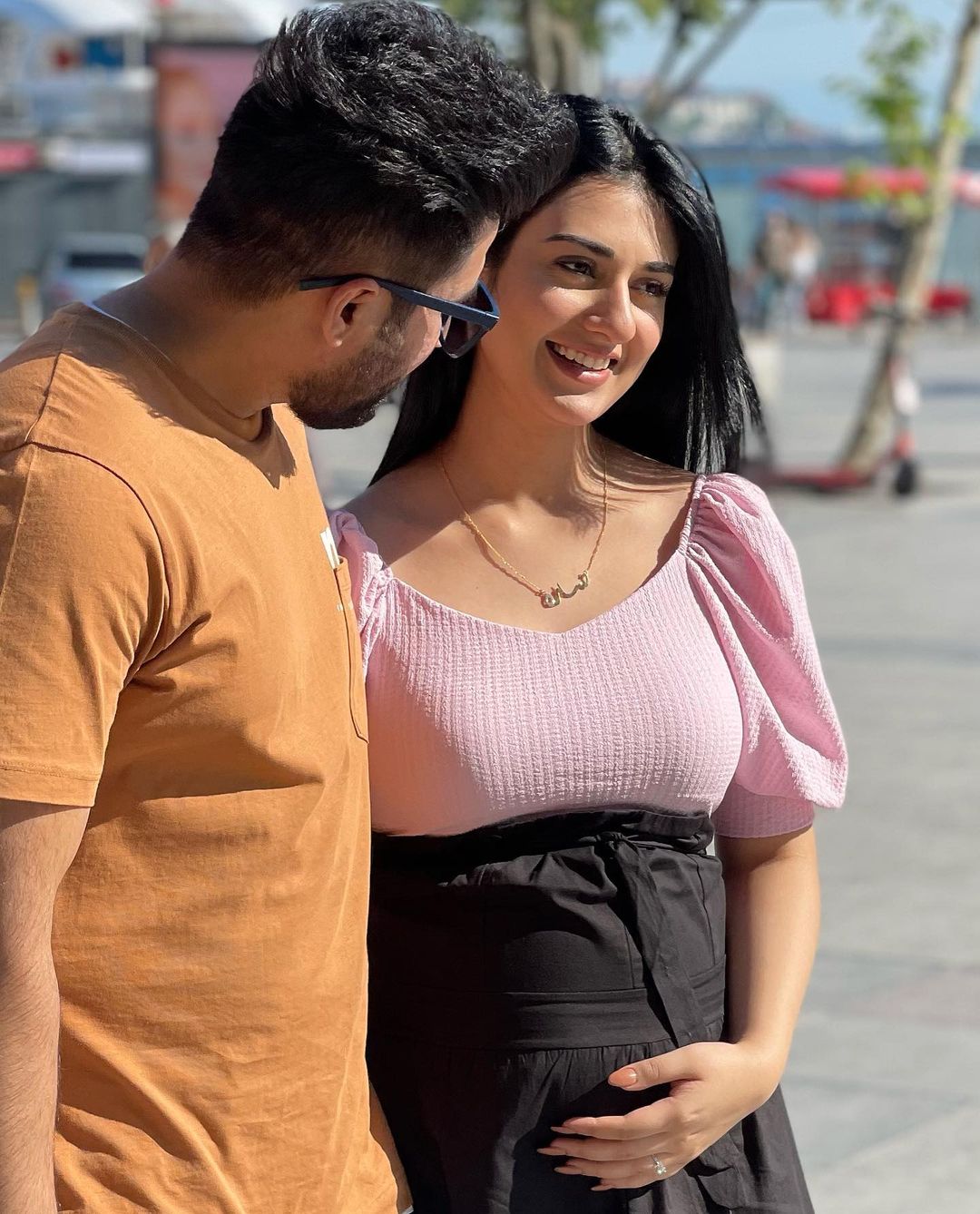 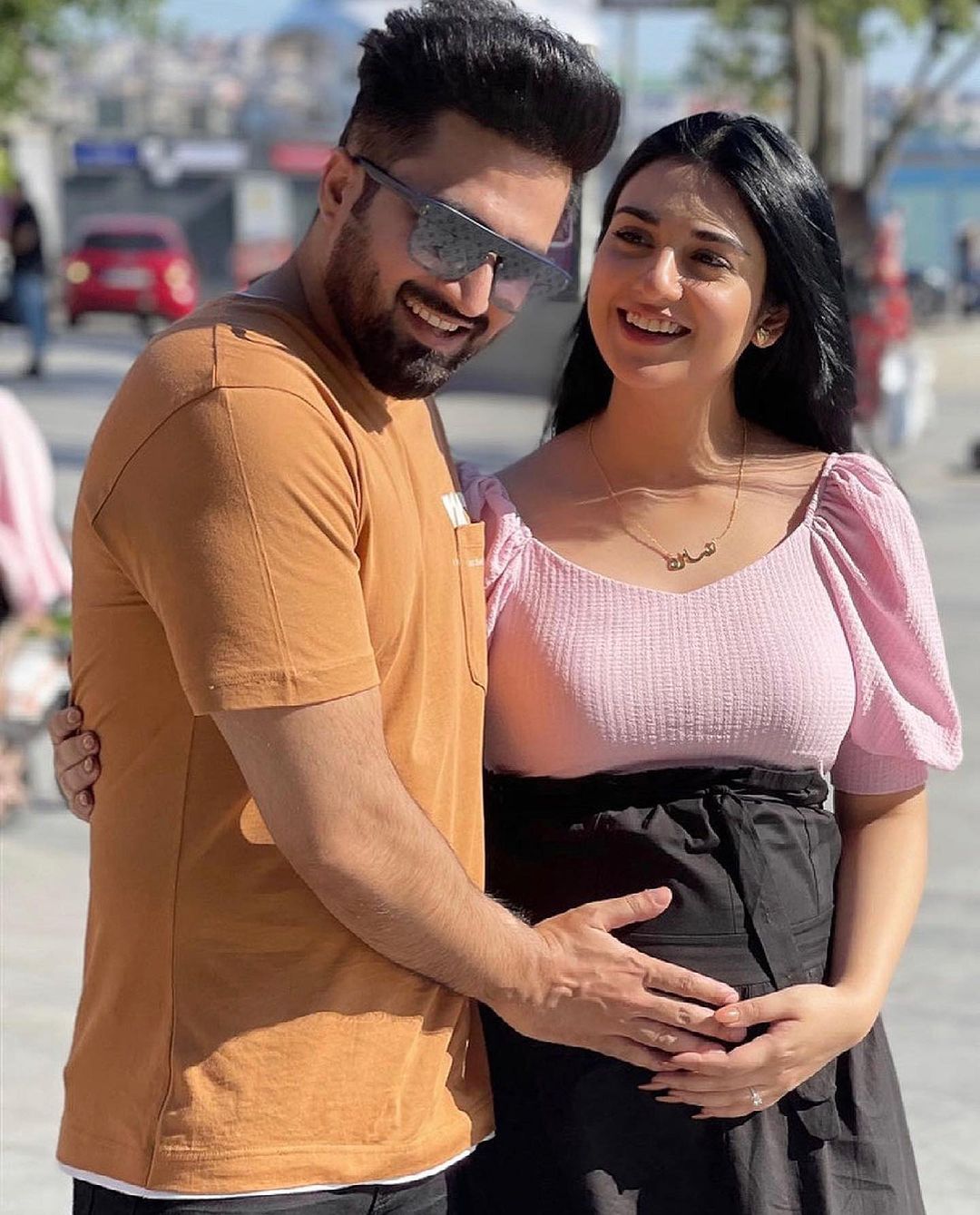 Sarah and Falak both shared the news with adorable pictures and caption, “It is he who forms you in the wombs AS HE WILLS, there is no god but he: THE ALL-MIGHTY THE ALL WISE.- Quran|Al Imran 3:6, ALHAMDULILLAH we’re expecting our first child. Remember us in your prayers. MASHALLAH
Previous Kompal Iqbal Got Married To Shumail
Next Little Sultan’s Cute Pictures With Pakistan’s Most Good Looking Man Feroze Khan His Father