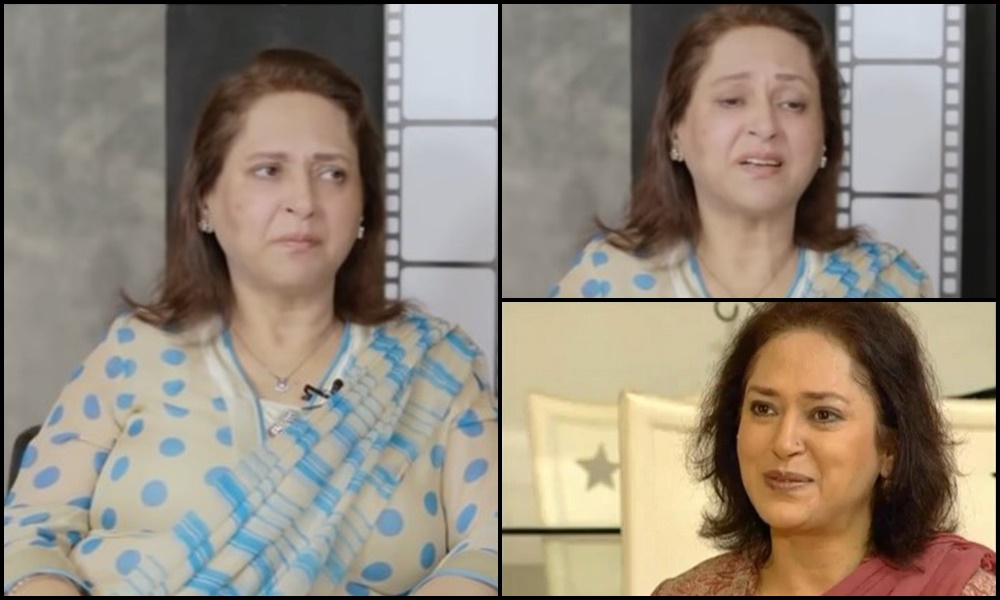 Ismat Zaidi is a phenomenal actress in Pakistan’s entertainment industry. She has been working in the industry for a really long time and has played variety of roles in various blockbuster dramas. Ismat Zaidi has recently appeared in a show which was aired on YouTube channel Fuchsia Magazine, where the anchor asked her if she is comfortable in sharing her divorce incidence with her fans. Ismat Zaidi shared that her husband divorced her after 23 years of marriage. Right after two years of being involved with another woman, her husband forcibly divorced her because his second wife wanted him to divorce her. She further said, “I told him to do whatever you want but do not break our family as our children are growing but the other lady made sure to end our family”. Ismat has said, “After my divorce, I have been really strong because my in-laws were really supportive and they even kept me at their house after my divorce and refused to send me from the house when my ex-husband asked me to go”. She said fortunately right after my divorce I started working in television and I have been doing it since then. Let’s check out the video below and see what else she has to share about her life after divorce.

Ismat Zaidi tells that her husband got married to an other girl which hurt her a lot . her in laws were very strict so they dont want to leave ismat helpless . after her husband’s unexpected marriage she started to work in showbiz. She told in her interview that directors ask her to wear sleeve less shirts and to smoke as its demand of her character but she refuse to play that sort of role so she limited her self to motherly characters