Sonya Hussyn Gifted A Beautiful House To Her Parents

Sonya Hussyn Gifted A Beautiful House To Her Parents 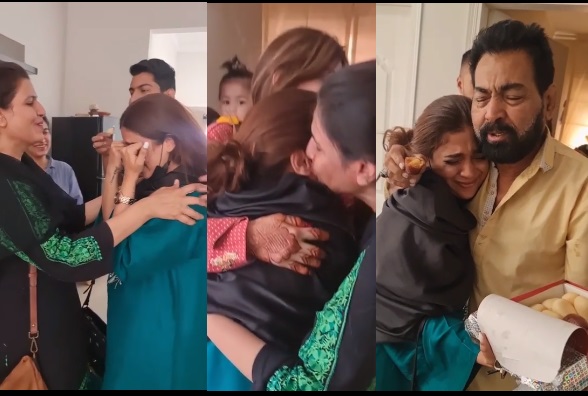 Sonya also said that she feels her little siblings are not mature enough to take care of themselves now thats why she dont want to get married now. Sonya ‘s younger sister Sana married 2 years back and now she settle in USA with her
husband. Her other siblings are studying including Zeeshan brother , Tanya sister. Sonya was married to fitness trainer Wasay but it ended on divorce note. Now Sonya just want to concentrate on her work now. People are offering her films and good scripted dramas , she is on peak of her career.

Sonya Hussyn reveal so many facts about her personal life in recent interview , she said that her father left her mother and got married to some other woman just for son, her mother use to shout hysterically when she was in depression because her mother cant bear this thing .When her father left mother , her mother suffers depression and she blames some relative too who urge her to father to get married again to have son.
She said that as a child she realize that she has to take the responsibility of her family , and she started to earn when she was so young.

she said that she had no time for useless things like love, she had already waste so much life but now she has realize. according to her she don’t think that her family is ready for her absence because her siblings needs her support.
Sonya talked about her broken family and how she suffered in her childhood.

“My father left me and my sister when I was 8 years old. I am the eldest sister when I was born people used to say ‘oh, a daughter has been born’. My father was under pressure of society. They set this ideology in my father’s mindset that a son is very important. Due to this reason, he got married again, she revealed.”