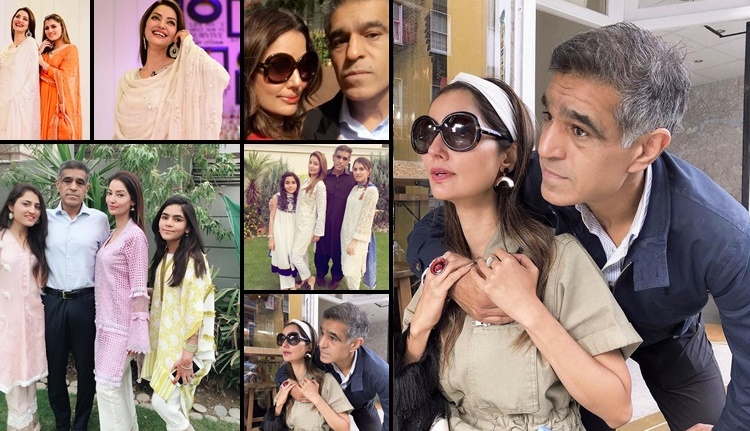 Natasha Hussain also know as Natty is a big name of fashion industry and a really prominent name of Her time. She has been associated with this field from quite a long time now. Natasha has also appeared in dramas and her most recent drama was “Yeh Dil Mera” in which she played a supportive role. Natasha has been married to Her husband Booney from years now. They have celebrated their silver jubilee together. Let’s check out beautiful pictures of Natasha with Her husband from different life events. She is obsessed with thin body shape . She work so hard to re She mainamain thin. She started regular exercise at age of 17 but she gain a little bit weight when she was in 1st year but soon she cover it. She loves that smallest size of jeans should fit on her and still she is same person. She is basically a positive person that lead her to live a ideal lifestyle. She said in her interview that she never saw anything good about obesity. She was only 14 when her mother passed away. She remember that she was one of the favorite child of her mother. She was so close to her mother.She has completed her masters in Psychologist. She feel that she is also like psychiatrist .Her biggest wish to become a make up artist but when she went to London she applied for courses of cosmetology at Tony And Guy. After coming back to Pakistan she opened her own salon. She get 2000 for her first hair cut and it was a huge amount back in 2001 or 2002 Her family objected so she quit showbiz and then started to learn more about make up or cosmetology. Then she got married and her husband Abbas is very cooperative guy he give permission to work in showbiz.Natasha is married and mother of 2 cute girls Tanya and Zara. She get only 1800 for her first fashion show after tax deduction so she was so disappointed after getting such low amount. It was written in Dawn News’s article that Nattasha belongs to Saigol family. She love her husband a lot even she said in her interviews that she love her husband more than her children even . She maintains her size zero figure even now. At 47, Natty understands that modelling is a young woman’s game.Unlike her contemporaries, Natty continued modelling till her late 30s. Even though she believes there is a limit to how much a model can stretch her career – even in Pakistan. A keen sense of her own strengths and exuberant personality made Natty a supermodel of the truest form. Look past her ever-glamorous façade and you’ll meet someone surprisingly inspiring. For Natty, her two daughters Tania, 19, and Zara, 10 are the biggest blessings of her life. “I am a full-time mom and housewife. My daughters are my best friends. The eldest one is studying in London but having her home for the holidays is the highlight of my life,” the model-turned-event manager tells to media.