Najiba Faiz born 1 August 1988, is a Afghan Born Pakistani television host, television and film actress, known for playing variety of notable characters in films and in television mostly in Pakistan and Afghanistan. She began her career as a child artist and later started in television serials such as Sang-e-Mar Mar and its second triloy Sang-e-Mah.Faiz is currently hosting a morning show on Hum Pashto 1.
Early life and career
Her father is an Afghan immigrant who migrated to Pakistan in the 1980s. She grew up mostly in Peshawar and later moved on to Karachi and Islamabad. Faiz, started her career with working on a children program “Story” which aired on PTV[6]. In 2002, she started her acting career with “Rogh Lewani”, a Pashto serial in which she played secretary to Asmail Shahid ( Maanay)[6]. The role helped her rice to stardom and served as a launching pad for her career.
After the launch of the maiden Pashto channel, AVT, in 2004, that she made a return to the industry. Where she hosted programs as well as acted in various drama serials. Since then, she has acted in several plays including, Sang-e-Mar Mar is famous, which aired on Hum TV. She worked in other two dramas, Mohabbat Khawab Safar and Sangsar which also aired on Hum TV. Her role as a grief stricken mother in Saawan that fights all odds to reunite with her son was highly praised by critics. Najiba had a viral moment in the Pakistan Super League match match between Quetta Gladiators and Peshawar Zalmi where photos and videos of her crying at tense moments of the match were widely shared and talked about on social media.
Najiba Faiz also worked in Afghanistan for three years. There apart from acting and hosting many different shows she was also the host for the Afghan version of Who wants to be a Millionaire. 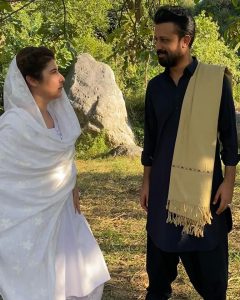 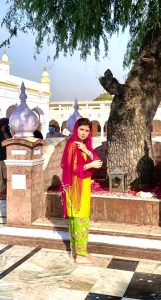 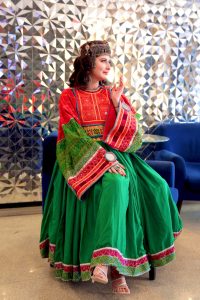 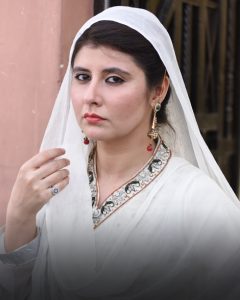 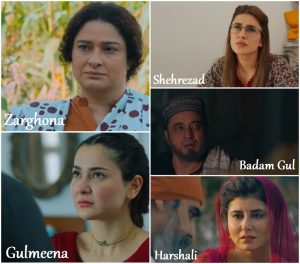 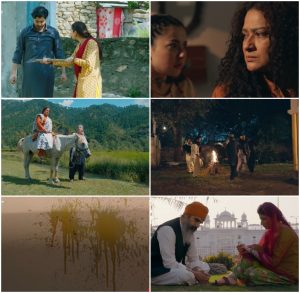